Finally, today, I got out the door early. After a stop at Safeway to pick up some Gatorade and a couple of huge cookies. Cruising through downtown Longview, I road alongside the Cowlitz River and past Sacajawea Lake. 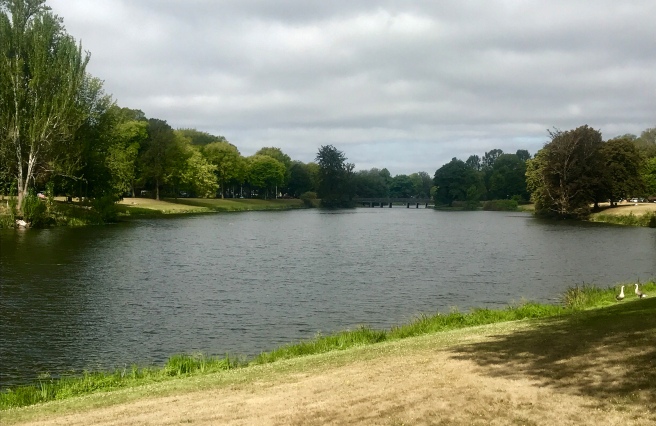 It is at this point that I missed a turn and didn’t notice it, because I was so distracted by the immense quantity of logs laid out before me. Never seen anything like it in my life!

Then, unexpectedly, I found myself at the Lewis and Clark Bridge crossing of the Columbia River. Thinking it should have taken longer than that to get to the river, I consulted Google Maps and was informed that I was on its version of the bike route to Astoria, Oregon. So I completely ignored the ACA maps and kept moving forward. Within five minutes, I knew that was a huge mistake, but for some stupid reason, I felt committed to my decision and stuck with it. I was now stuck on a 1.5 mile long 7% grade–the first of many I would encounter as the day wore on. 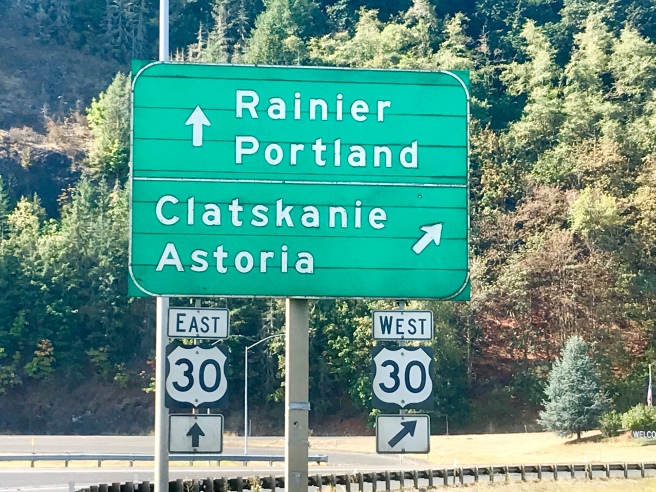 If there was a silver lining in this, it was the people I met at the first viewpoint I came to, which was at the top of that first grade. A gentleman named Mike Johnson, from Maryland, was stopped with his cousin and her husband, who are Swedish and whose last name is Johansson. They are on a long trip together in a van, and we had a great conversation about our travels, and cycling, and the joys of being retired and single, and other topics. It was a pleasure to be reminded of how nice people are throughout the world and how much we have in common.

Once back on my bike, the long steep climbs did not let up most of the day, ascending up to two miles at a time at grades of 6-7%. As I passed through Clatskanie, I was hoping for a place to stop for a snack, but no joy. This town had nothing to offer.

So I pushed on to Westport. En route, there was a billboard touting a place called the Berry Patch, where thousands of pies are baked every year. Now we’re talking–something to look forward to. And I was not disappointed. A bowl of homemade soup and a piece of warm marionberry pie with a scoop of vanilla ice cream were amazing.

When I went to mount my bike, again, an older gentleman inquired about my ride. As I talked to him, I realized that he is the owner of the restaurant and accepted his invitation for a private tour of his commercial kitchen, where he makes and bottles several varieties of delicious soups and jams that he distributes throughout the area. Fascinating and delicious stuff! 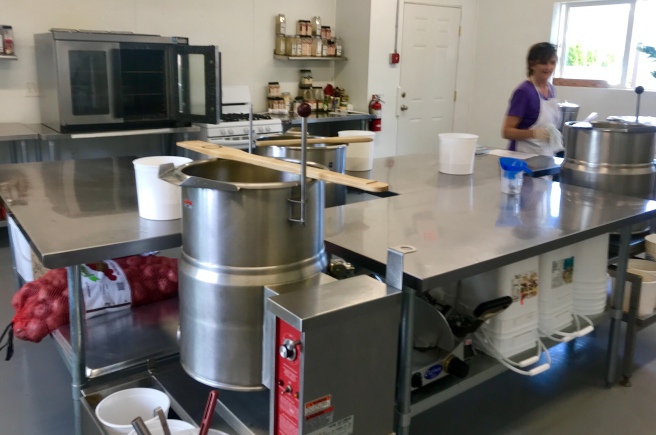 Back on the road, the route eventually met up with a pair of railroad tracks that it stayed relatively close to for a part of the rest of the ride, which, as you know, makes for leveler riding. And as I approached Astoria, I kept stumbling onto spectacular vistas. 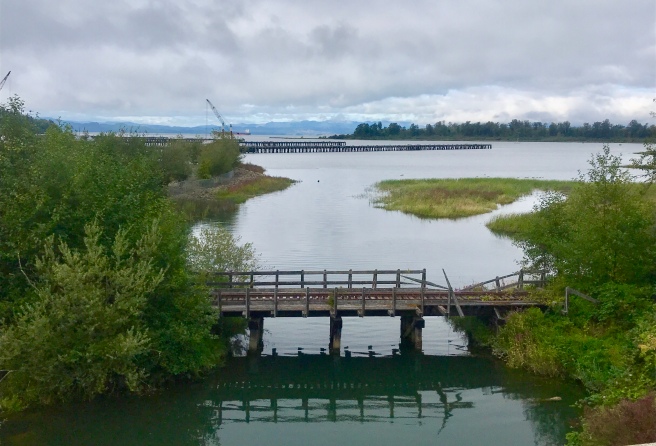 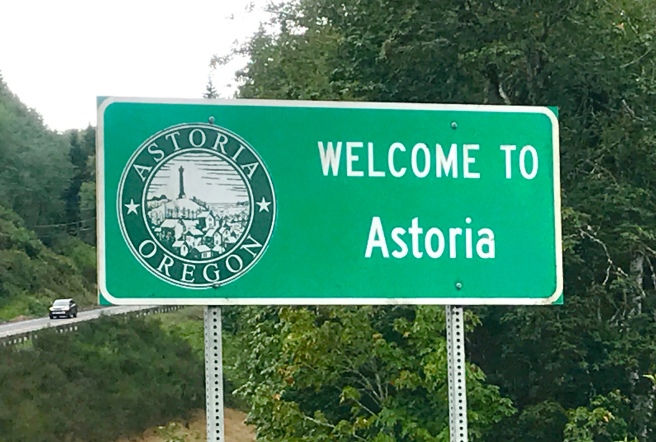 The plan was to take a day off in Astoria, so my Portland friend Dale drove out to meet me and show me around, which is going to be REALLY nice. We got rooms in a really cool hotel/hostel called The Norblad, and headed off to see the sunset from the beach at Fort Stevens. In 1906, the Peter Iredale, a cargo ship, ran aground here in bad weather, and some of the masts snapped. This many years later, it is a really cool shipwreck. And the sunset was breathtaking. 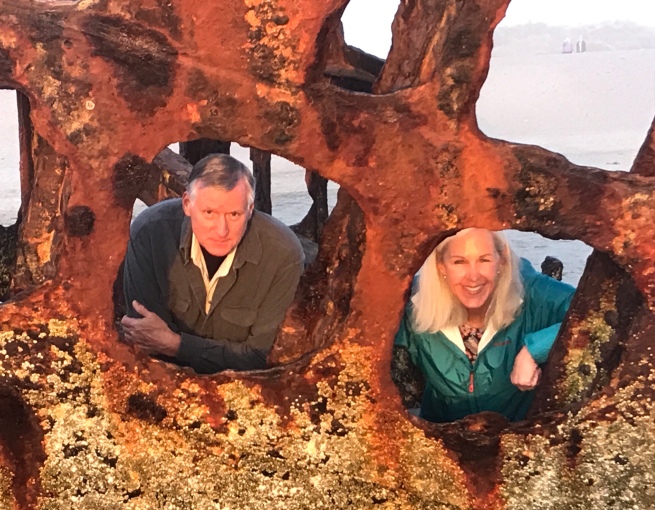