I got an early start today! Are you proud of me? I try to clean my chain and check the air in my tires every three days, but this morning, my pump would not push air into my tires. I needed to find a place to use a real bike pump to top off my tires. So I checked for bike shops near my cheap motel. The sporting goods store I reached on the phone told me that only one shop in town works on bikes, it is only open from 10 AM – 2 PM, and it is located at the community pool. Sounded a little weird, but I was desperate. The pool was not far off my route, so I went for it. Sure enough, the place was open, and the three people working there were all over helping me.

Turns out that they are a non profit that the city has donated the use of their old pool building to. They take donations of bikes and parts and use them to build working bikes that are given to homeless and needy people. In the 15 minutes I was there, six people stopped in to drop off or pick up bikes.

Dave, the guy who runs the place, advised me to not take the ACA route, for reasons I could have guessed, like unnecessary climbing due to use of obscure side roads. So I followed his route, today, and it worked out wonderfully.

I first rode through the historic downtown of Centralia, which I would have been routed around, had I followed the ACA route. Being a fan of monuments, I was not disappointed. Centralia was founded by a former African American man named George Washington. He is honored by a mural and a bronze of him and his wife going over their plan for the city.

And then there’s the town’s war memorial. It started with the names of World War I casualties, and moved forward through time to Operation Iraqi Freedom, where it appears to have run out of space. I’m sure they’ll fix it some day. They also had this cool monument with the following inscription: “We live in deeds, not years; thoughts, not breaths; in feelings, not figures on a dial.” I like that.

Heading on down the road, I came to Chehalis and the Lewis County Historical Museum. Truly, it was just an organized collection of old stuff.

The coolest thing in the place? An iron lung in an employee only back room. When I was growing up, Polio still existed, and I remember hearing about polio victims being put on iron lung machines. When a couple of the employees saw how interested I was, they invited me back and plugged it in, so I could see how it worked.

As I rode on, I passed by some cool sights, including the Jackson Homestead, founded by a John Jackson in 1847 to house his young family. It’s location on the Cowlitz Trail, halfway between Puget Sound and the Oregon Trail, made it a natural rest stop for travelers, a civic and social hub, a grocery store, post office, hotel and U.S. District Court. All in that little tiny cabin. Can you believe it? 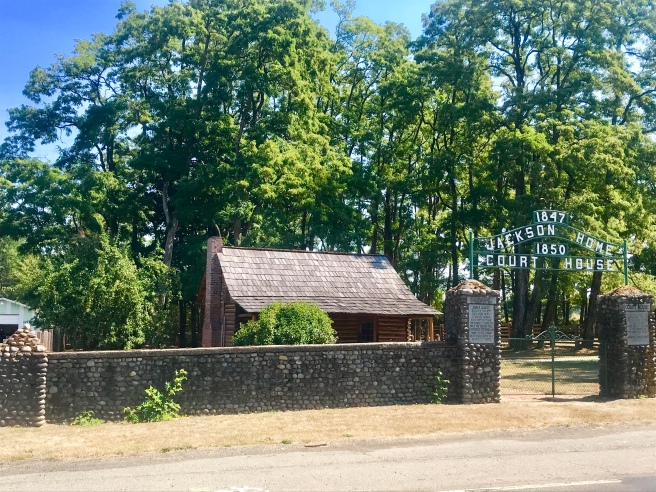 On down the road were a cool barn and farm truck, Lewis and Clark State Park, a Minion made out of tires (who will help me make one for my grandkids?), and a water tank with a cool mural on it. 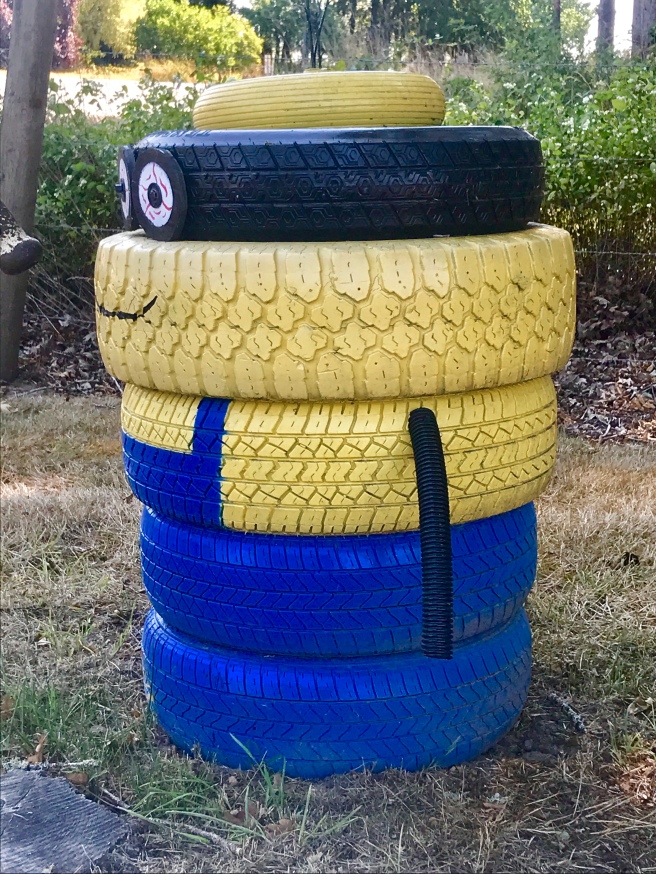 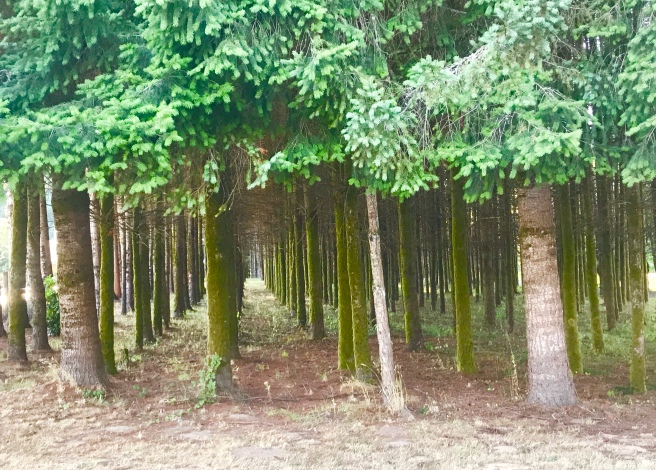 In Toledo, the route changed directions and started following the Cowlitz River. then near Vader, it turned again to follow both the river and the railroad. You know what that means, right? That means it became less hilly and more flat, which is a nice way to end the day. 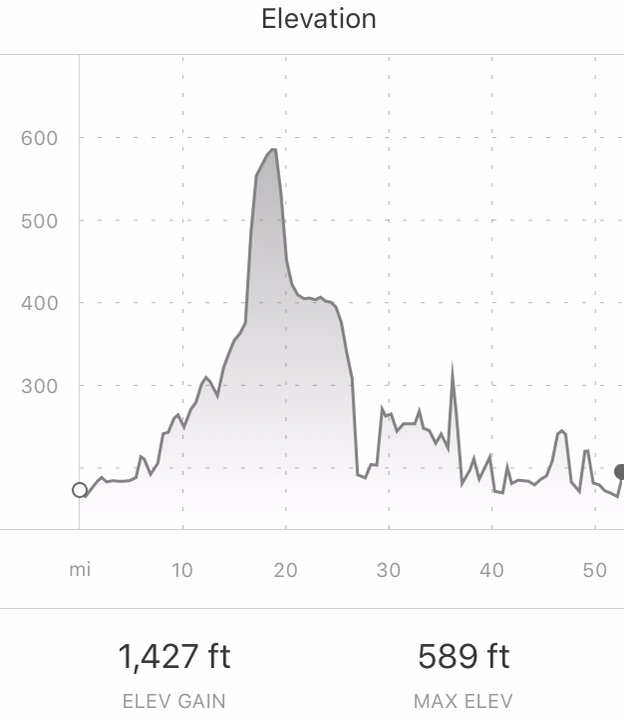