Being in a room with Chris, it was lights out at 7:30 PM. Erwin and I had to drug ourselves up with a couple of Benadryls to fall asleep.  I can’t speak for him, but I can tell you that I fell asleep almost instantly and didn’t wake up till 6 AM. Did you do the math?  That was 10.5 hours of sleep!  It was amazing.

At breakfast, this morning, the campers reported that the early morning temperatures dropped down to 31 degrees and that there was ice on their tents. There is no way I could have slept through those temperatures, so the motel room that cost me $15 was a great investment.


Erwin, Tom, Eric and I had hatched a plan to spend our day off in New Orleans. We would ride as quickly as possible to St. Francisville (50+ miles), check into a motel room to shower and park our bikes, then hop in a car with Tom C’s niece, Jill, who lives in New Orleans and was driving up to get us. In New Orleans, part of us would stay with Jill and the other part with friends of Erwin.

I was under strict instructions not to stop and take photos, probably because I’m the slowest in the group, and we were short on time. So I started out a few minutes ahead of the guys in that freezing weather and pedalled my little heart out.  I was going 16 mph when Tom C and Erwin caught up to me on the bridge over the Atchafalaya River, where I had strict instructions from Ken that it would be unsafe to stop for photos, due to there not being s shoulder.  Busted. There was a shoulder, and I was taking photos.  (No regrets for being a disobedient 61 year old and refusing to be manipulated.) 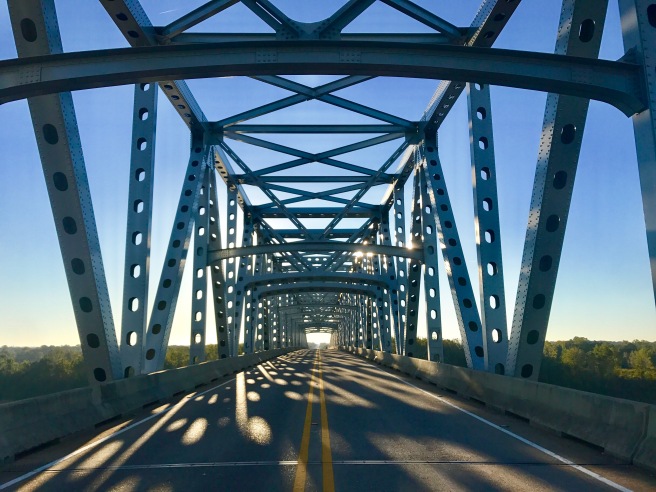 I rode with them for a while, and I was really pushing myself to stay up and even pass them.  Finally, Tom told me that at the rate we were going, we would get to our destination way too early. Sounded like permission to stop and take more photos. I had just passed a cool sign for Prayer Lake, so I made an immediate U turn and went back for it.

From that point on, I rode by myself for the rest of the day and did what I wanted to do and stopped where I wanted to.

The Prayer Lake sign was appropriate, because today is Sunday. I decided that today I would not turn on my IPod Shuffle, and instead I would sing hymns. It made for a better Sunday for me and remembering the words worked my brain a little.

The next cool thing I came across was the Morganza Spillway, a massive water retention system designed by the Army Corps of Engineers and built in the 1920s to control flood water water from the  Mississippi and keep the river from changing its course.  The spillway, which to me looked like a 4000 foot long bridge, is actually 125 bays with gates that can be lifted to allow floodwater to flow into the Atchafalaya basin, swamp and/or river.  Levies surround the miles wide basin and everything else in the area that could be flooded by the Mississippi.

About 5 miles after passing through New Roads, I came to the real Mississippi River crossing, the John James Audobon Bridge. 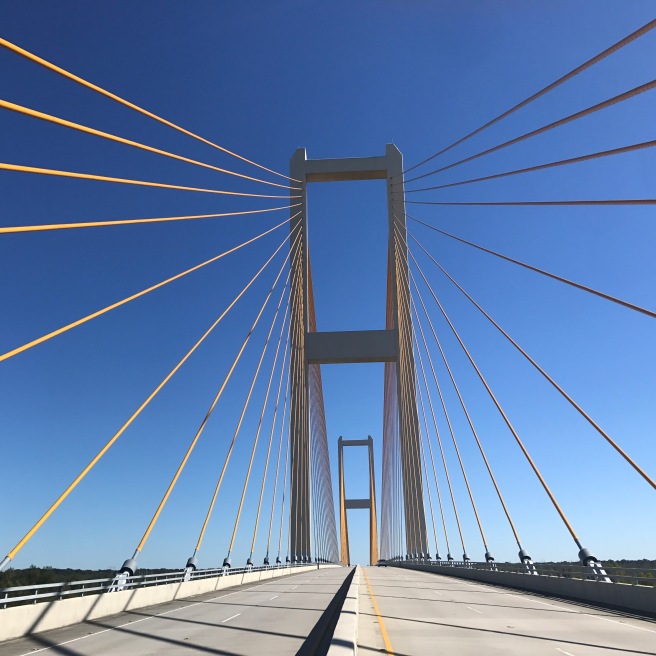 Ten miles later I was at the hotel in St. Francisville getting ready for the trip to New Orleans.

We showered and packed for New Orleans, then Jill arrived and we loaded into her car for the 2-hour drive.  Once there, Erwin and I spent some time with his friends, our hosts, Chris and Laura. They broke out their costumes and dressed us up a little before we left to catch a street car to get downtown.

After eating dinner at a Seafood Festival that was going on down by the river, Erwin gave me a tour of the French Quarter. 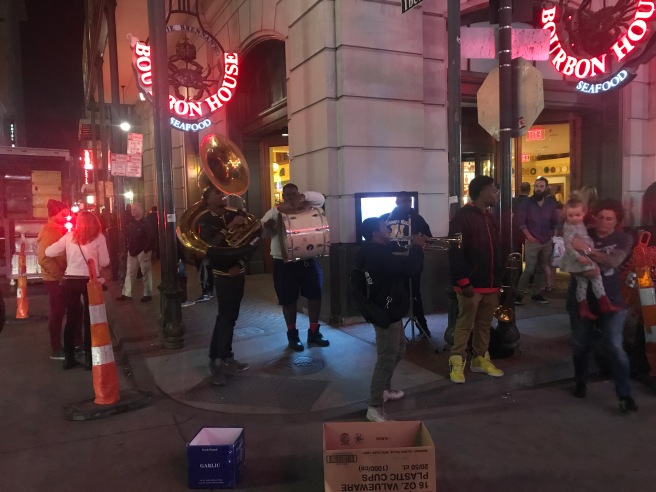 After eating dinner at a Seafood Festival, Erwin gave me a tour of the French Quarter and we stopped at Cafe du Monde for benniettes.


Then we headed over to a little club named Chickie Wah Wah, where a musician he has seen perform in Amsterdam and really likes, Meschiya Lake, was performing.  She could really belt out the tunes and had a super talented 3-piece band backing her up.  We stayed for both sets and really enjoyed the music. 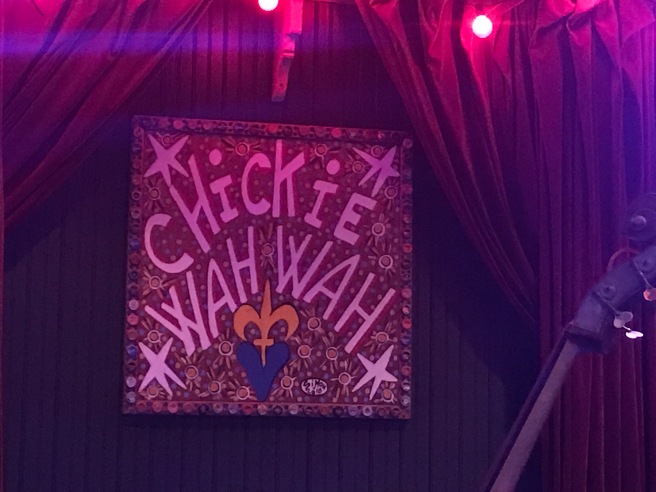 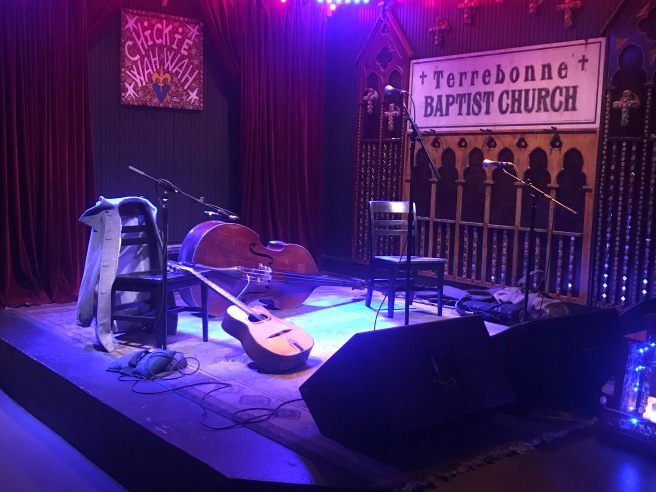 When the concert ended, we rode the streetcar back to Chris and Laura’s,made nests on the sofa and a futon, and hit the sack.

And all that happened in one day starting with a 51 mile bike ride. 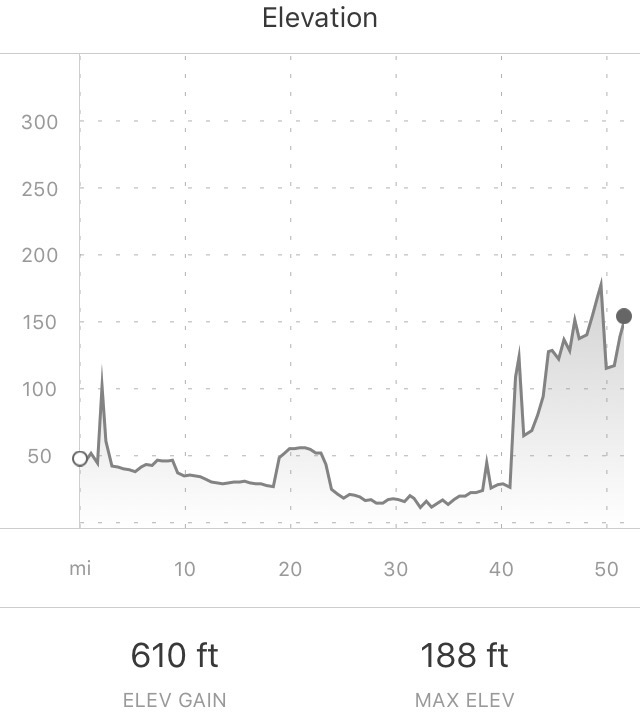