News Flash:  We have now passed through two states, having entered New Mexico this morning.  We are also 1/4 way through our ride across the country. Tomorrow we cross the Continental Divide for the first of three times our route crosses it.

Most of us didn’t sleep very well last night.  There was non stop semi truck traffic in Highway 70, the road in front of our city park campsite, and on top of that, there was non-stop coyote-like barking and howling all night long, topped off with some nearby roosters who  thought the time to wake us up was 2 AM.

I woke up with swollen eyelids that  reduced my field of vision significantly. 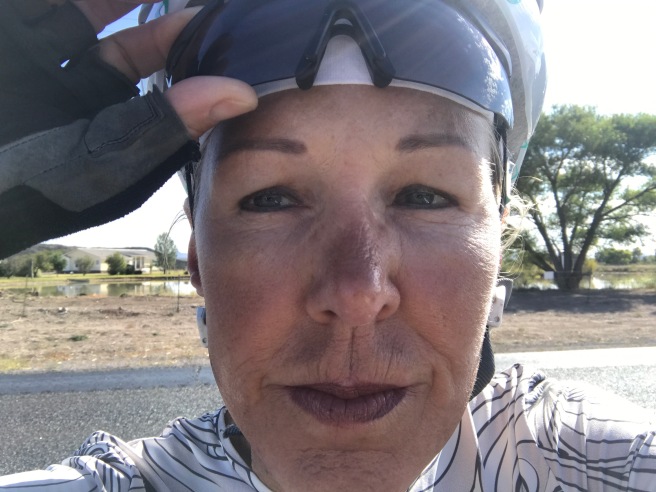 I had the same problem the 2-3 days before we arrived in Phoenix, and it went away after spending one night on my couch in Phoenix.  I don’t have access to my couch, now, so I have scheduled an appointment with an eye doctor in Silver City, two days from now, to get them checked out.  They had better not be sun burned.  I have been wearing ESS Ice Nano sunglasses, the same glasses worn by Army soldiers in the Middle East.

We ended up eating breakfast at Hilda’s Restaurant–the same place we ate lunch and dinner yesterday. The service was really slow, as in I think I could have cooked the pancakes, eggs and French toast, we ordered, faster than they did.  We had a short riding day ahead of us, so the time spent waiting didn’t bother any of us.

Once we were through with our meal, we peeled out of Duncan, thinking it was going to be a cake riding day.  Unfortunately, there was a headwind most of the day, so even level ground felt like we were riding uphill.  We crossed over into New Mexico (NM) about 7 miles into our ride. 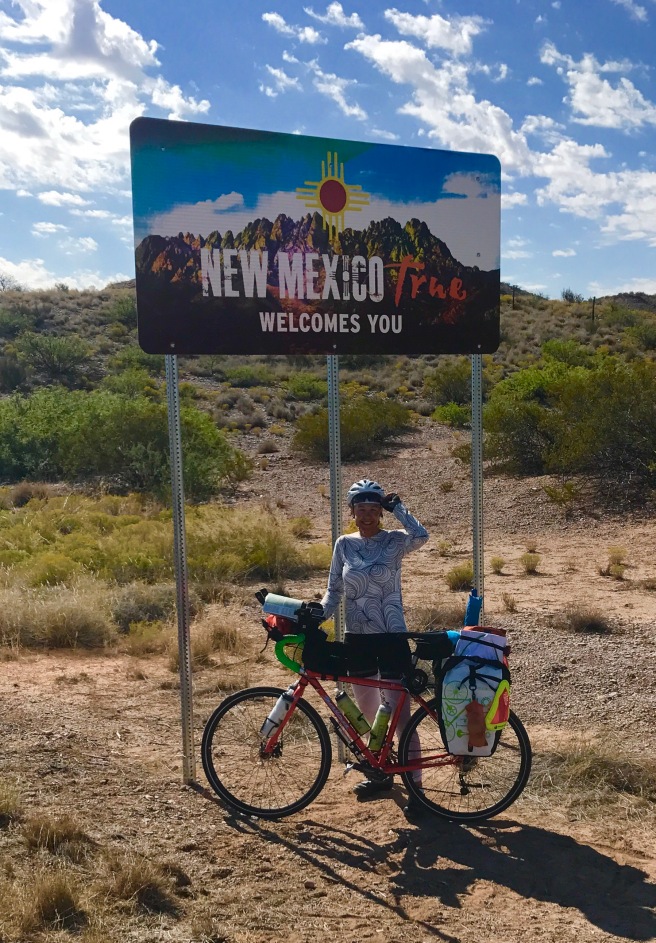 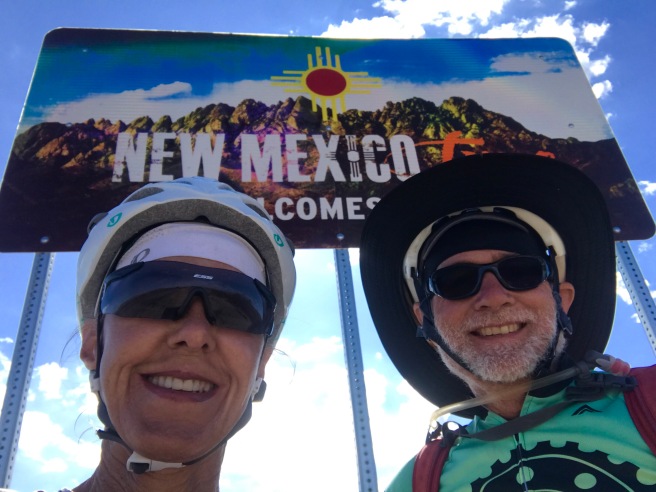 The terrain for the day was similar to yesterday’s terrain.  We started out with the fertile farmland around Duncan that turned into lush desert, followed by less lush desert, then almost scorched earth. 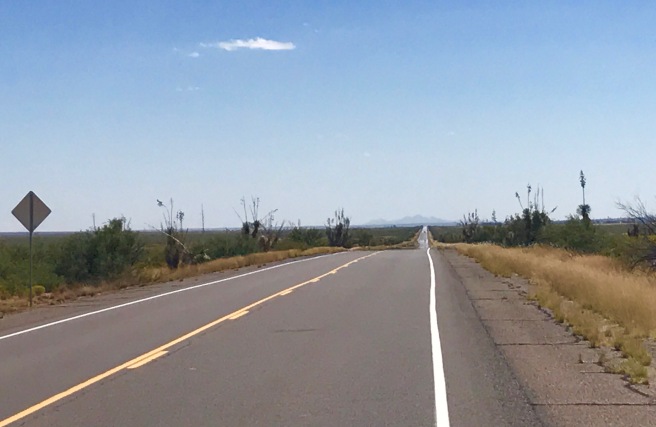 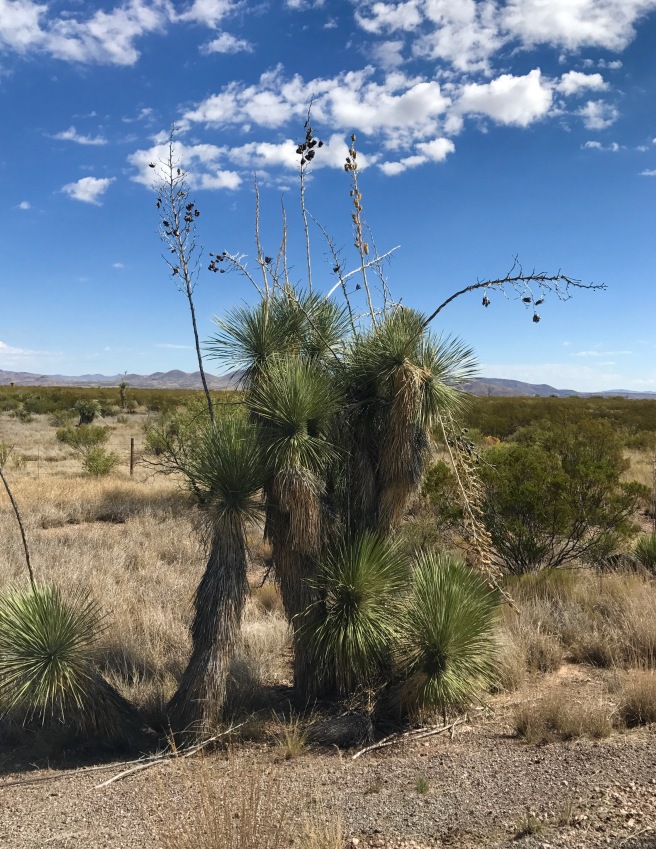 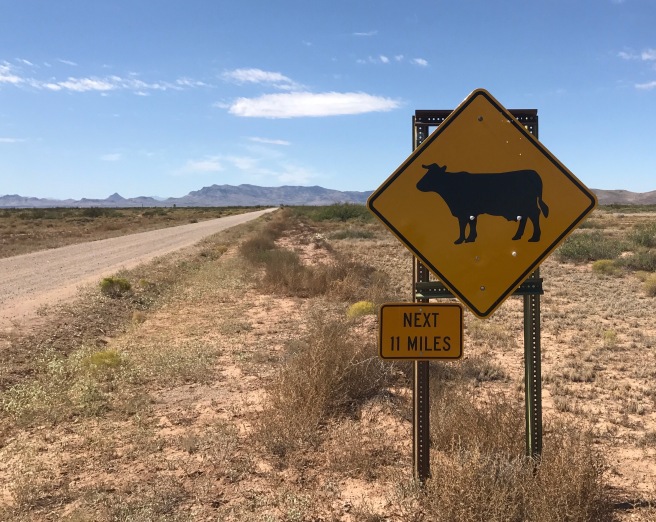 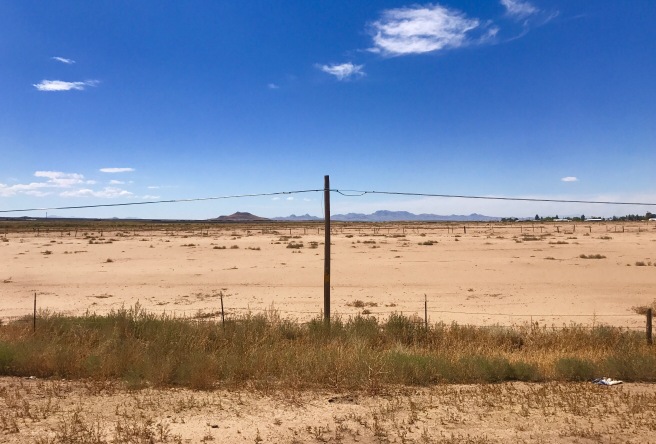 I spent the day riding with Tom R, a widower of 5 years who lives in the Virginia/Maryland area.  We yacked it up the whole day, talking about our families, the challenges of being single in today’s world, and politics.  One frustration we both shre is the difficulty of finding people to do things with, like travel, hike, go on rides like the one we are on right now, etc.  We didn’t solve any world problems, but it was nice to know that I am not alone in my life’s frustrations. 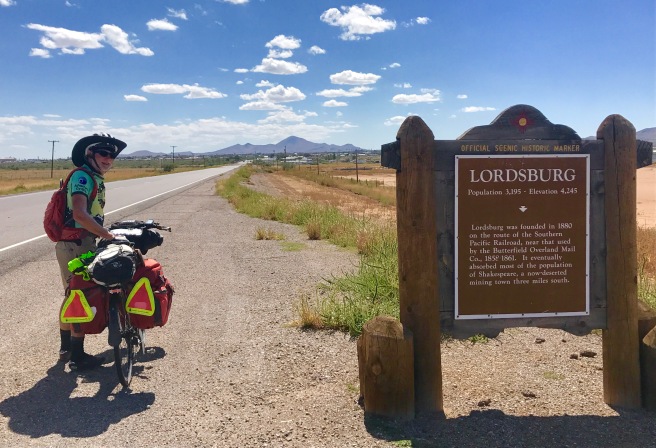 Before we knew it, we were in Lordsburg.  The weather forecast had been predicting rain for tonight, ans we were dreading being rained on during the night and potentially having to tear down our campsite in the rain tomorrow.  Once at the Lordsburg KOA, we discovered that we could rent 3 cabins for only $15 more than the cost of our tent campsite, so we are sleeping indoors on bunks tonight.  And it turns out that the weather predictions were wrong. Now the rain is expected in Silver City.  Luck has been in our side, thus far, so I will be delighted if that weather prediction is wrong too. 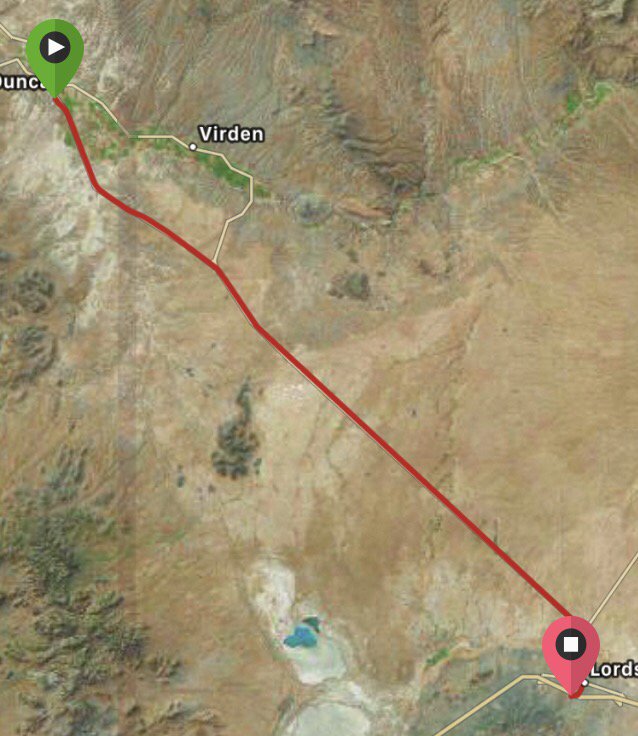 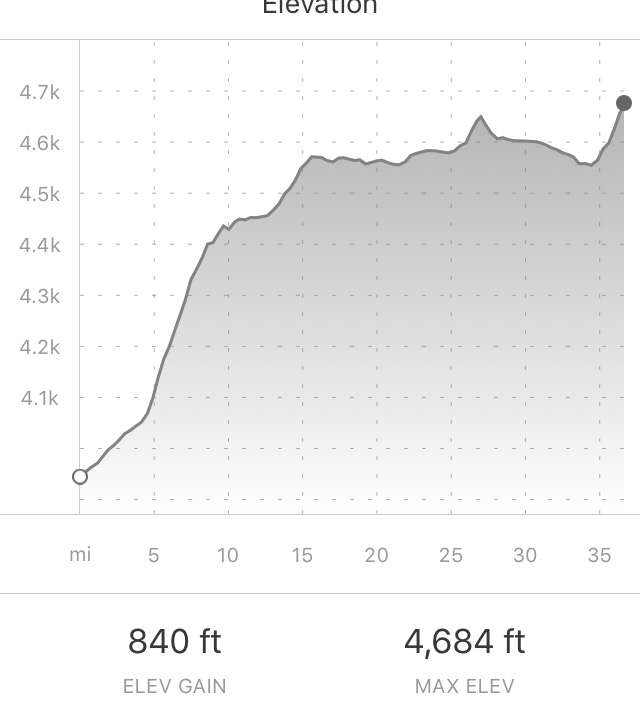