Last night, when I left our cabin for my 3 AM bathroom break, there was gusty wind howling outside.  Then when I finally woke up and ventured out into the daylight, the sky was ominous. 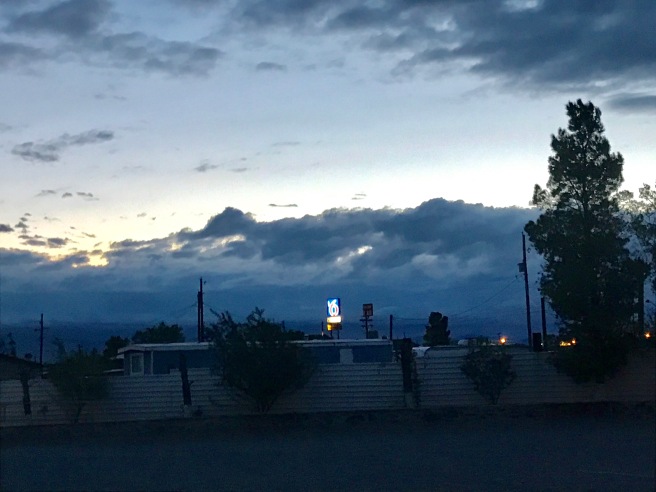 We had been tracking the weather for a few days, and today, the weather prediction was 90% chance of rain.  The topic during breakfast was what everyone’s strategy was going to be for the wind and the rain.  We had been planning to camp out in an RV park tonight, in Silver City, but now we were discussing changing our plans to get Motel 6 rooms instead. Ken made a phone call, and that plan was set. 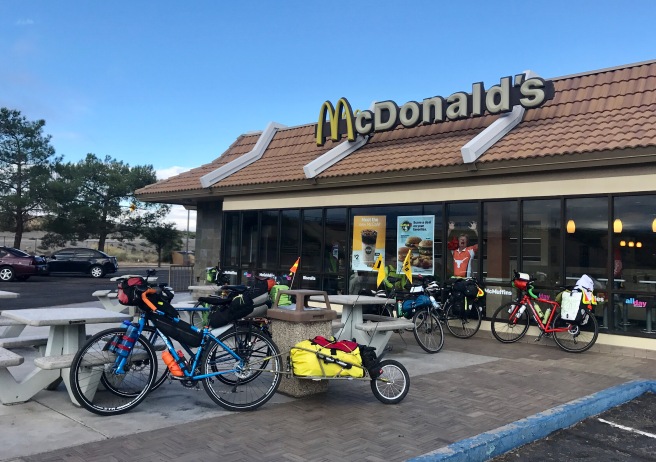 It took me longer than the others to get out of the KOA, and most of them like to drink coffee before venturing out, so they went head to McDonalds, and I met up with them just as they were getting ready to leave. 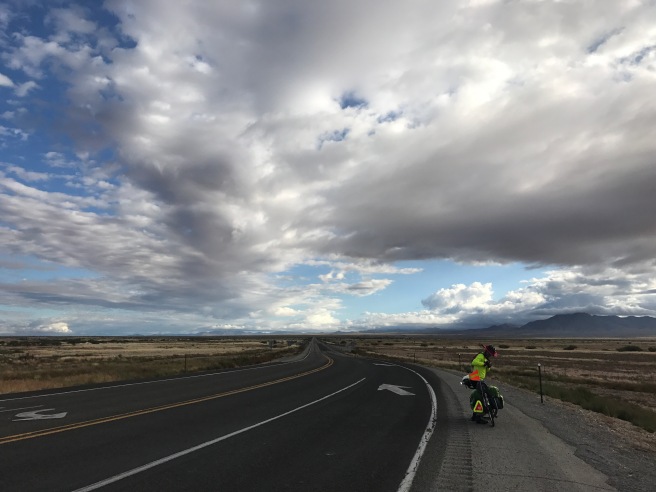 As soon as we hit the road, we were riding into a serious headwind that slowed us down to just over 4 miles per hour.  Wearing a long sleeved thermal layer under my jersey and a Marmot rain shell I bought for hiking the Appalachian Trail, my arms started heating up.  A few of us stopped to remove layers (I removed the rain jacket), then we moved on down the road. 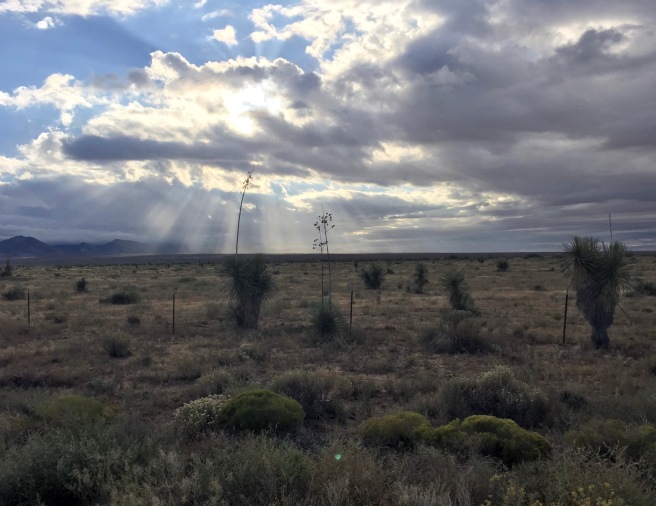 The dark rain clouds loomed over us the entire day, and there was no relief from the wind that had now become a cross wind.  It was slow going, and at times, I felt like I was going to be blown over.   All the guys, but Ken, pulled ahead and left me in the dust, which was fine.  I would have burned myself out trying to keep up with them.  So for the rest of the day, it was me and Ken. 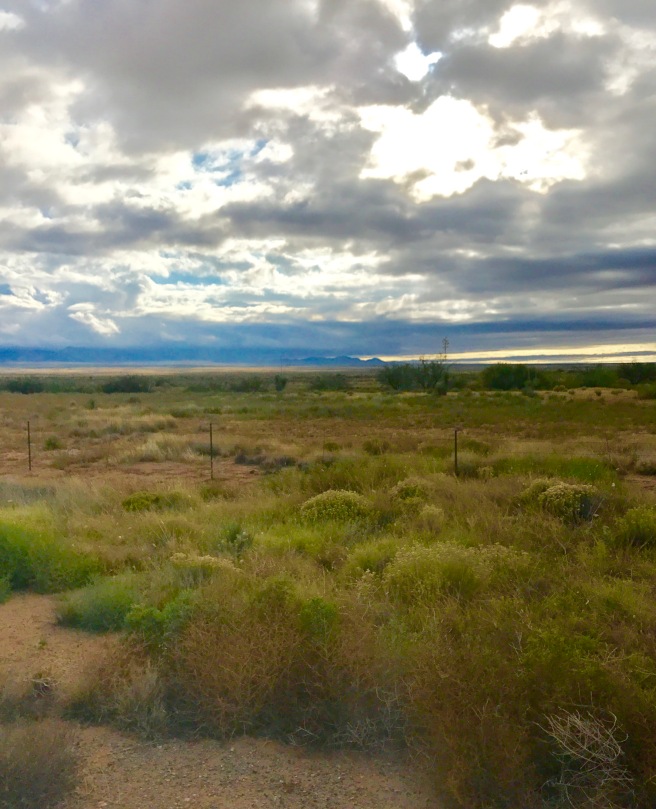 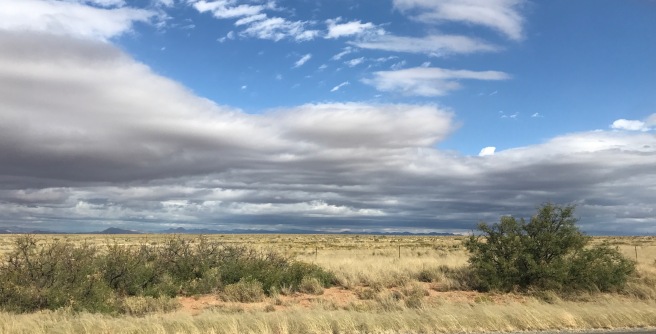 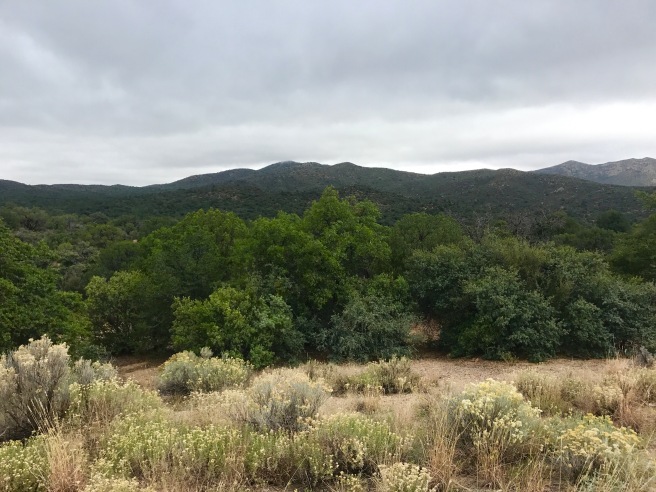 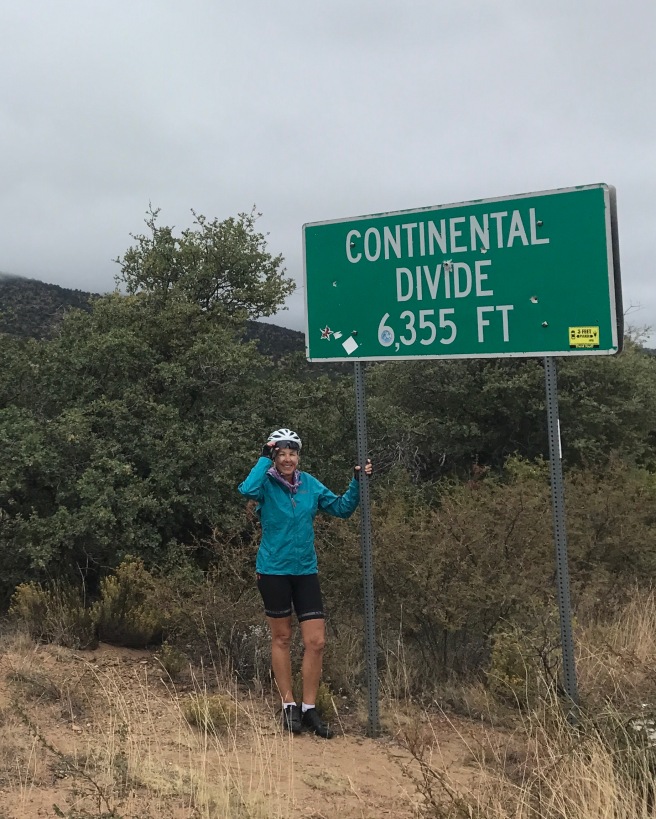 After a short break to down a sandwich and talk to a couple of our guys who were lunching at the top of the Divide, we started riding again.  It immediately started to sprinkle, so we stopped to put our rain gear on.  As soon as we started riding again, the sprinkling stopped.  What the heck!  We rode for another few minutes, and started seeing oncoming traffic with windshield wipers in motion.  The rain was on, and after one more stop to fine tune our rain protection, we settled in for a wet ride into Silver City.

There were several more climbs after the Continental Divide, a couple of small towns that were so small they didn’t have any services, a couple of historical markers, and a few very long descents that chilled us to the bone. 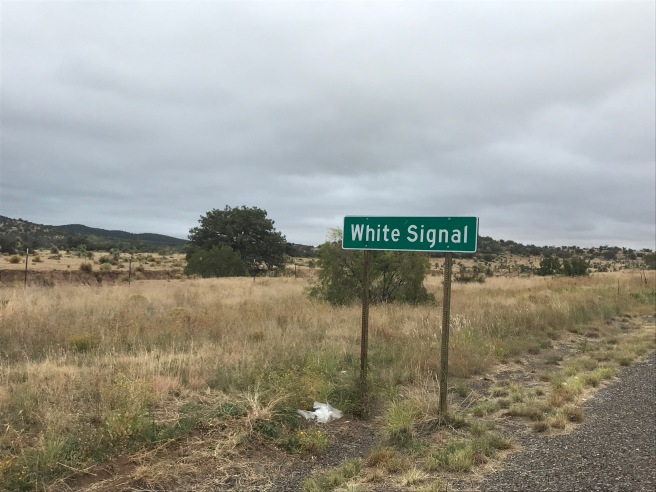 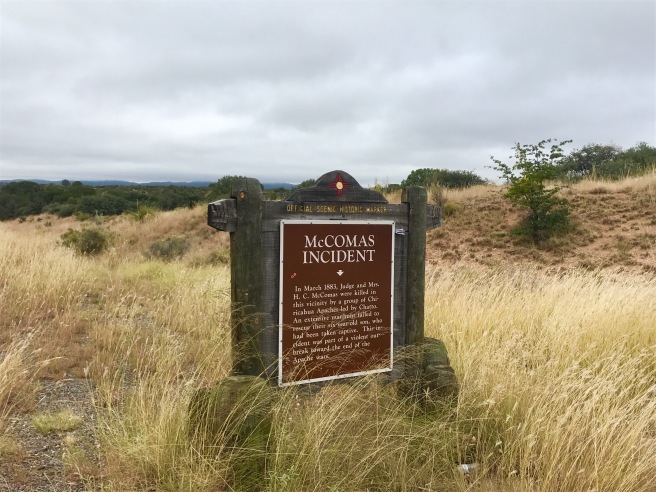 Once at the motel, I brought my bike and gear into my room to clean them and hang wet items out to dry.   Me, my bike and everything that was attached to it were covered in road grit.  Thankfully, everything inside the panniers was clean and dry (go Ortlieb!).  I showered, then headed out to walk to my eye doctor appointment.

The doc couldn’t come up with a diagnosis.  She said that both my eyeballs and eyelids are swollen and suggested I try Systane Ultra eye drops.  She offered to set up an appointment tomorrow with a dermatologist, but I’m thinking that as long as my eyes are okay, I can weather out the puffy eyes.

We have a day off the bikes tomorrow, so I am looking forward to sleeping in and taking it easy for a day. 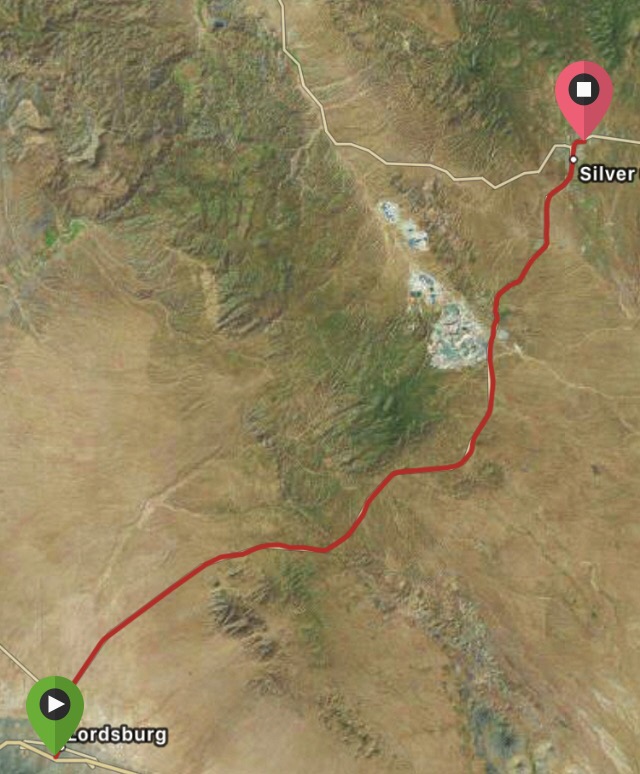 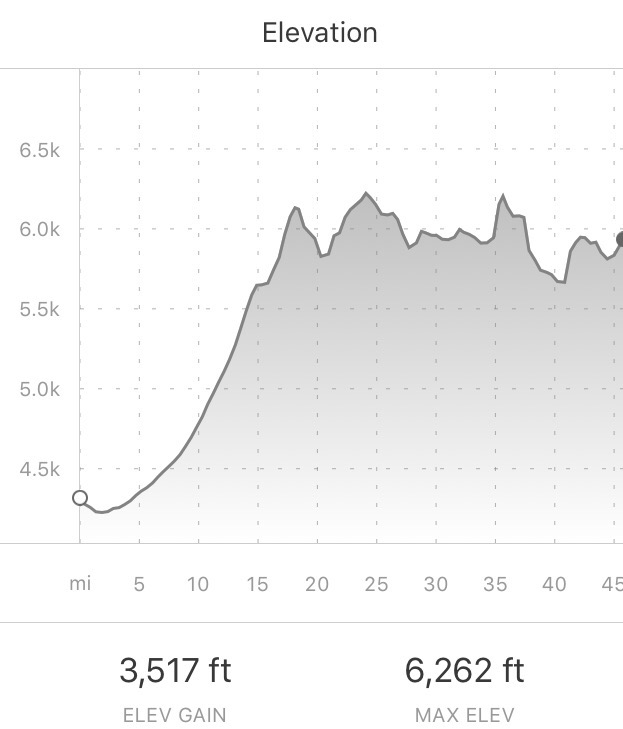