It was a great day in the saddle. After a good night’s rest in a motel, just as I pulled out on the road, I bumped into a fellow from Belgium named Gerth. Super friendly guy, but I left him in the dust as he consulted a local biker on an upcoming trail option I too was considering.

If you remember my conversation, last night, with the man in the grocery store, he wasn’t kidding about the scenery on the route. More rock formations and pristine beaches with no people on them appeared almost immediately, as I rode down the route. 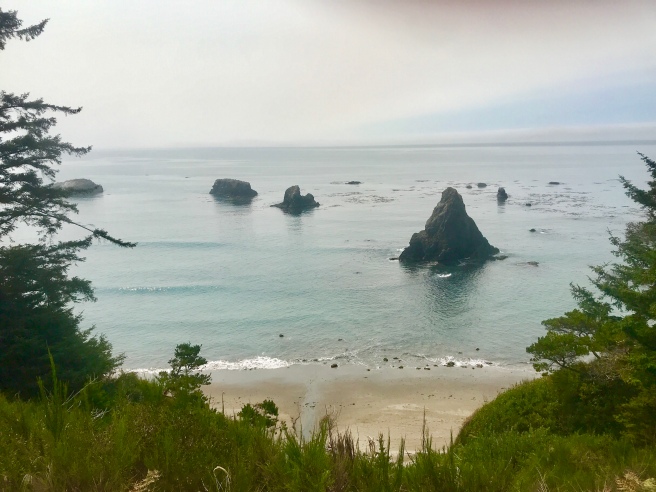 About seven miles and some heavy duty climbing into my ride, I came to the campground I was scheduled to pitch my tent at last night. Boy am I glad I didn’t push myself to make it there. I would have been completely wiped out.

More beautiful ocean scenery followed. Miles and miles of it.

Then alas, I came to my own turf. A left turn onto Arizona Ranch Road, which led to Arizona Beach Motel. I thought about how warm it probably is in Arizona, right now, and how chilly it was right then, and briefly considered checking this out, but I’m not that big of a sucker. I wasn’t falling for it, so I kept riding.

I did fall for the Prehistoric Garden–the part you don’t have to pay admission for. A gal from California, who I met a few miles back, pulled in just as I was getting set for a selfie, and up rides Gerth. He snapped the excellent photographic specimen below of me and Chris. 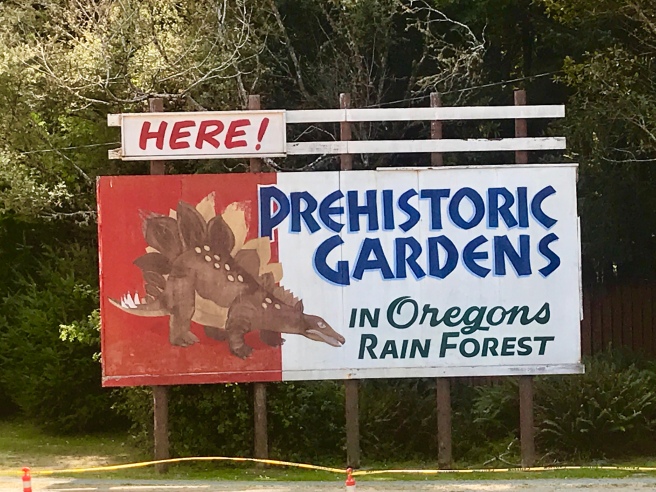 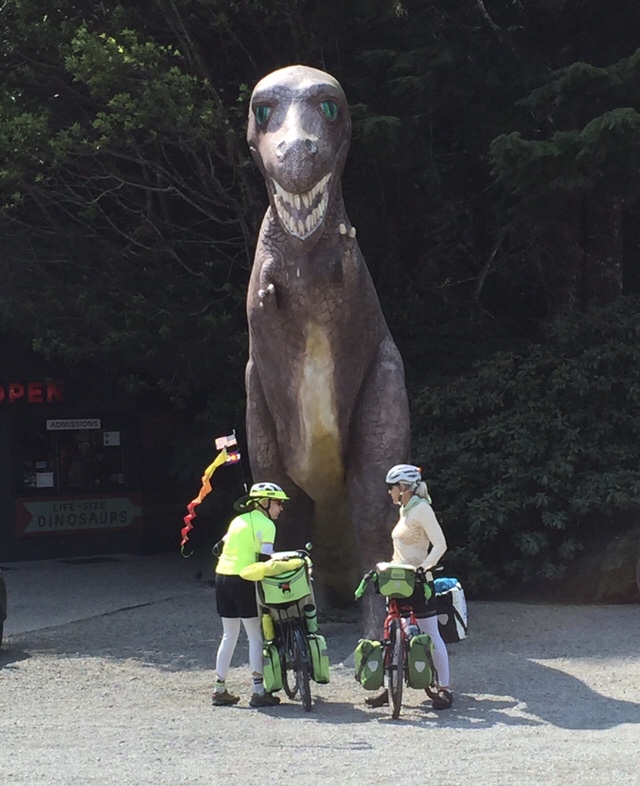 I wish Chris was moving down the route at a faster pace. We have a lot in common–well kind off. We both wear white sun legs and have green panniers and bags on our bikes, and I think she is also riding down to San Diego. Unfortunately, she gets off her bike and pushes it up grades above 4%, which has to put a damper on progress, and she attempts to stay with Warm Showers hosts every night, which would really cramp my style.

Gerth and I crossed paths a couple more times. We were moving at about the same pace, and both stopping to snap photos, but somehow I got ahead of him. After crossing over into Gold Beach, his destination for the night, I stopped for an early dinner, in hopes that I’d see him again. He pulled up just as I was getting ready to head down the road, and we exchanged blogs addresses. If I end up riding in Europe, next year, with Erwin and some of the cast from last Fall, I will definitely look him up. 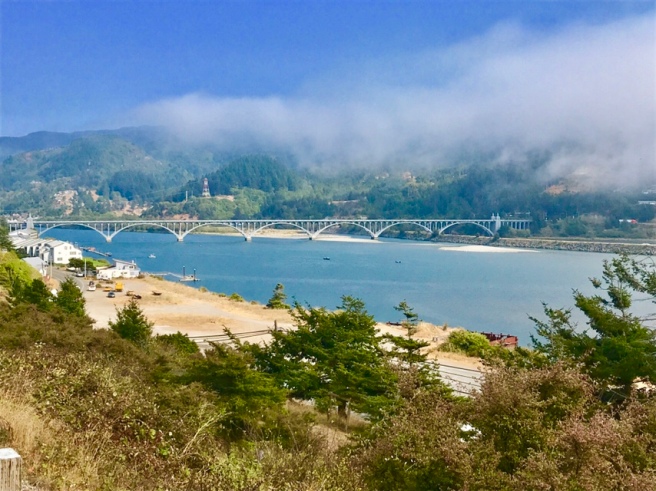 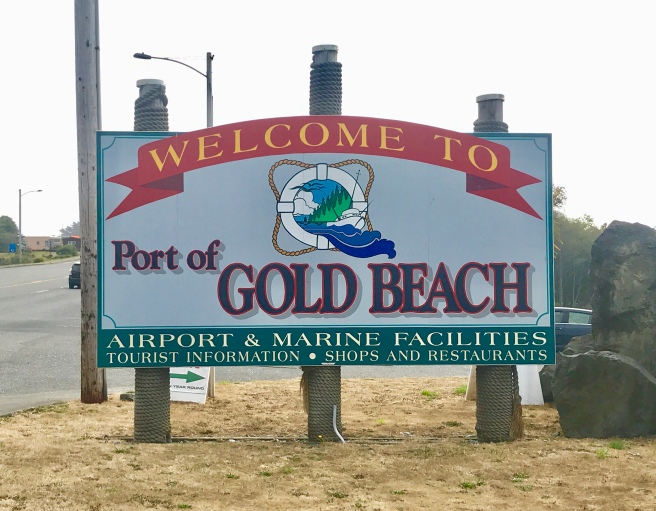 From Gold Beach on, the air was foggy and misty, and it stayed that way for the rest of the day. It got to the point that I had to take my glasses off, because they were getting wet from the mist. 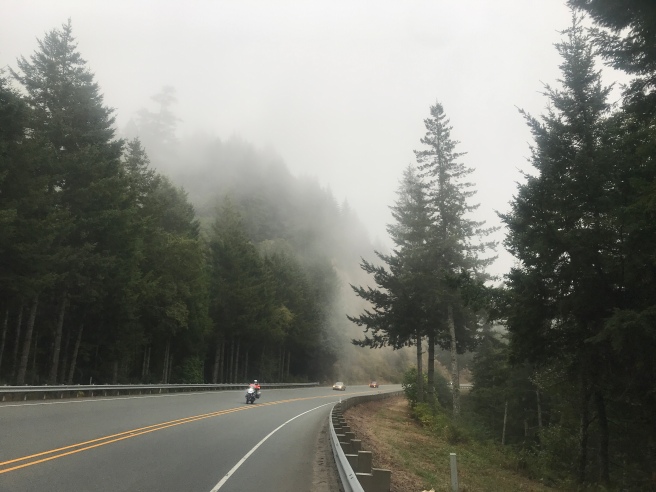 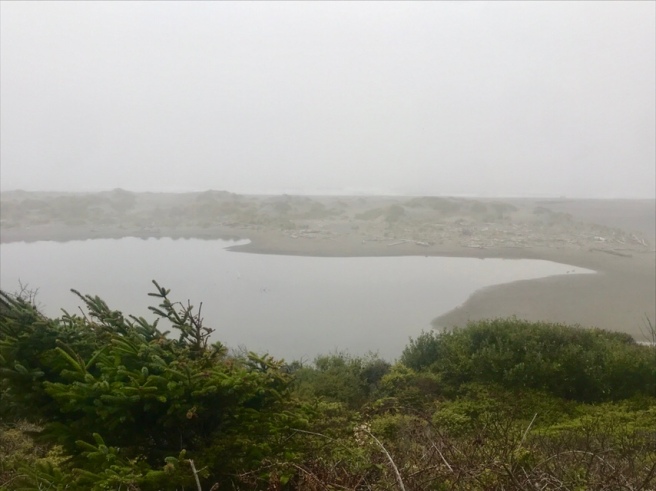 Just after arriving Brookings, I pulled into a big hiker/biker site at Harris Beach State Park where I camped with three other cyclists who are riding to various destinations on the Pacific Coast Route. We’re all going different distances at different paces for different reasons, but we all crossed paths at this place and time, and enjoyed some time together chatting about our adventures. 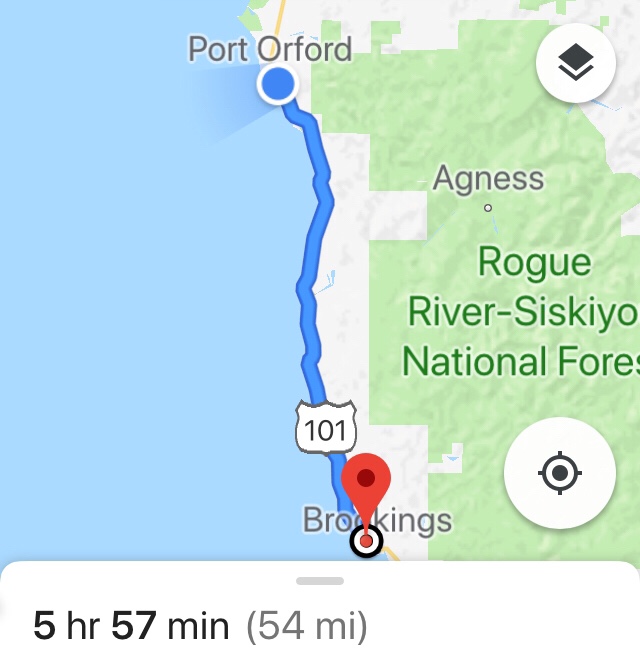 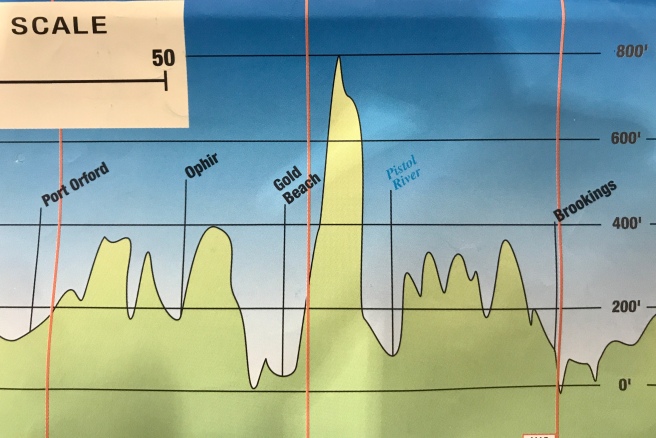