Today was another day in paradise. I got a late start, because I didn’t have time, yesterday, to see the sights on NAS Pensacola. After catching up on my blog and loading up my bike, I headed over to the Pensacola Lighthouse.

The tower is under reconstruction, so I couldn’t climb the 177 steps to the top, where word has it there’s one of the best views of the gulf, so I headed to my next stop.

The National Naval Aviation Museum is an unbelievable surprise. Though it is limited to Navy and Coast Guard aircraft, it is way cooler, in my opinion, than the Smithsonian National Air and Space Museum.

I could not believe how many aircraft were on display. You could walk up to those on the ground and touch them, and in many cases climb into a cockpit. 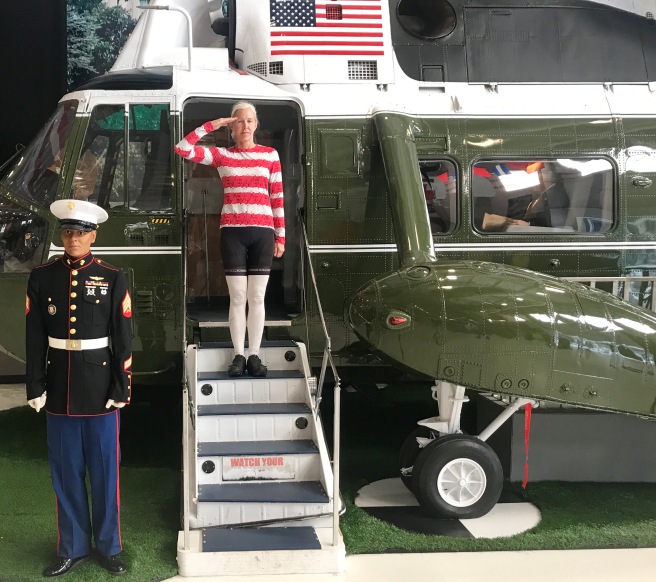 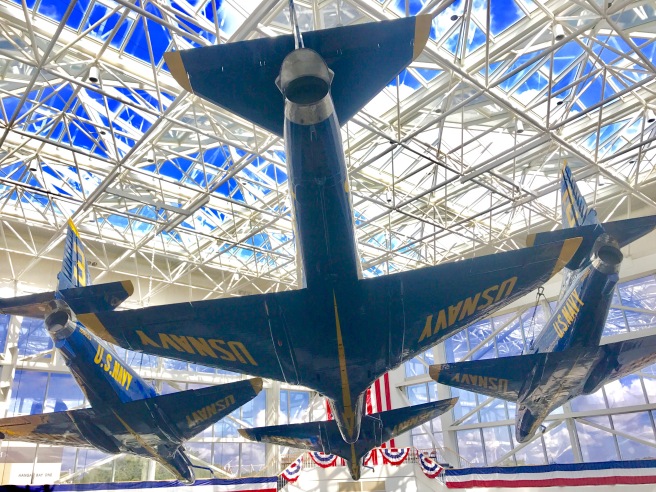 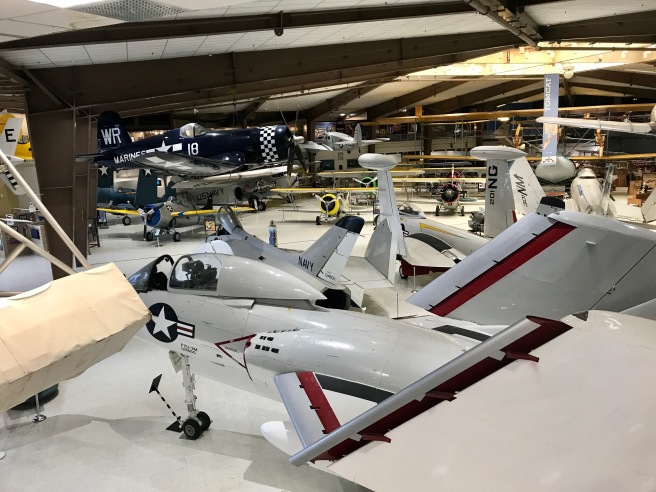 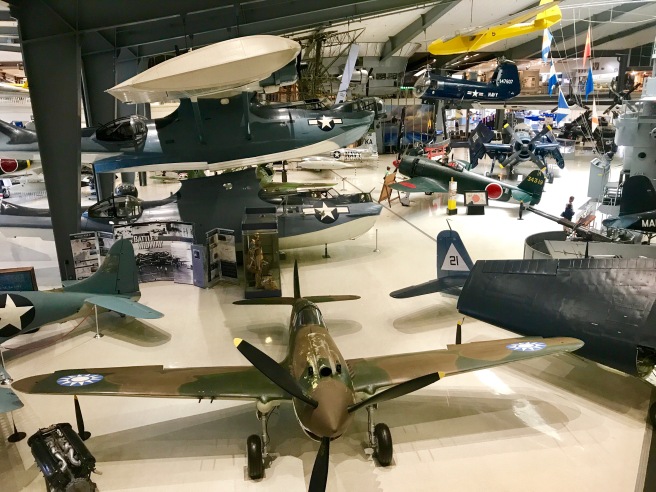 I was really touched by the displays on Vietnam War POWs, and remembered how when the POWs were released, back in 1973, I watched as each one walked off the plane—hoping that somehow my brother had been mistakenly identified as KIA and was still alive. 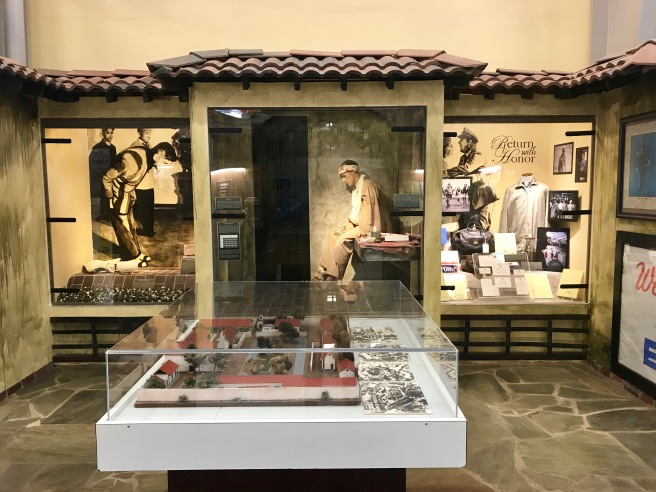 Another thing I was fortunate to see was the actual Skylab II Command Module that is currently on loan from the Smithsonian National Air and Space Museum. 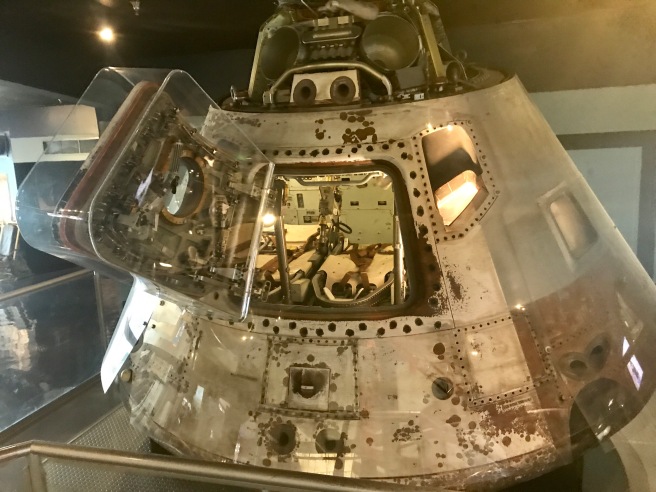 My last stop was the Barrancas National Cemetery, established in 1787 when Fort Barrancas was built. 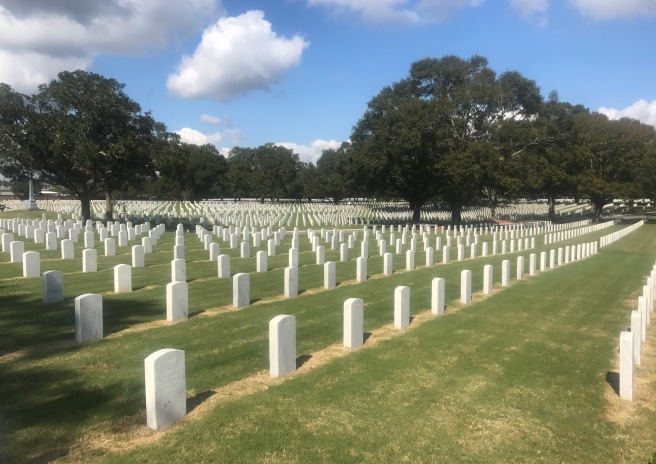 When I finally started my ride for the day, it was almost noon, and I was under the gun to cover over 60 miles.  As I cycled along the waterfront before crossing the Pensacola Bay Bridge aka the 3-Mile Bridge, a gentleman named Jack Thompson , who was cycling in the other side of the road, chased me down to inquire about the tour and to tell me about overcoming his own challenges.  We had an inspiring conversation, but I had to push on.

As I turned the corner on the other side of the bridge, I stopped to check the route, and up rode Ed, who had been stopped at a bike shop getting a couple of spokes replaced and his wheels trued. We were both hungry, so we stopped and grabbed a burger before riding out again.

We had planned to ride the length of scenic Santa Rosa Island, but text messages from a couple of the guys who were ahead of us warned that the road was closed due to damage from Hurricane Nate, requiring them to turn back and travel 15 unnecessary miles.  Glad to have that info, we pressed on using an alternate route, which happened to be a straight flat road that almost felt like it had a tailwind.

We passed thru a portion of Gulf Islands National Seashore’s miles and miles of untouched beaches as we rode eastward across one of it’s many barrier islands on our way to Destin.

Along the way, we passed thru many scenic beach towns, any one of which I would have loved to have stopped in for a week of two of relaxation.  The sun was starting to drop from the sky when I got to Destin. 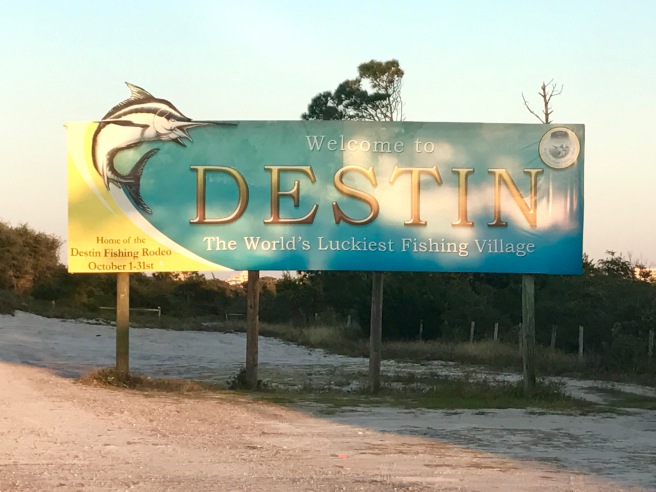 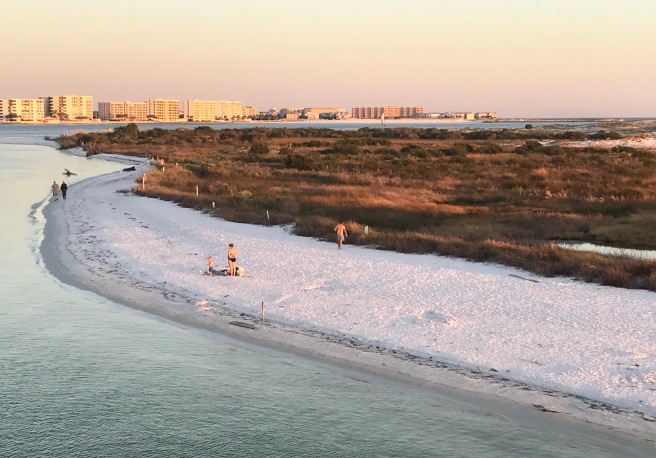 I made it to our campground just in time to capture the sunset. 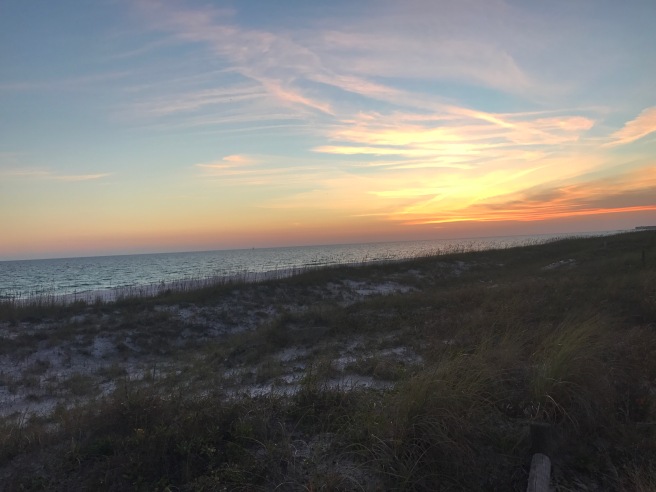 At Henderson Beach State Park, we enjoyed a huge campsite, nice modern showers, and a boardwalk to the ocean. I walked  out to the beach in the dark after dinner, while most of the group slept. It was only 7 PM!

Tom R provided these photos, taken while there was daylight. 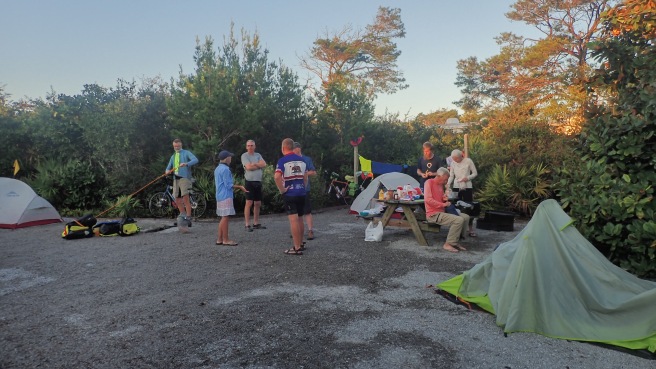 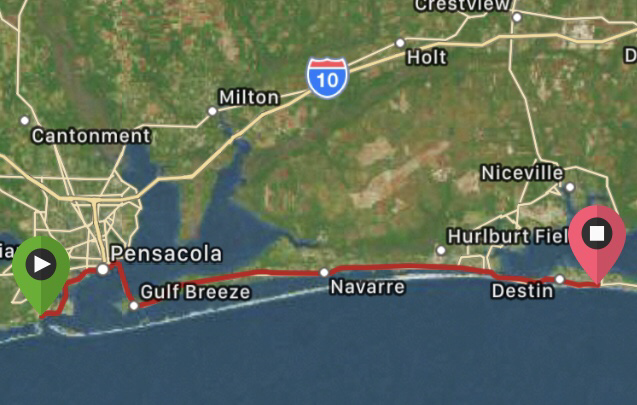 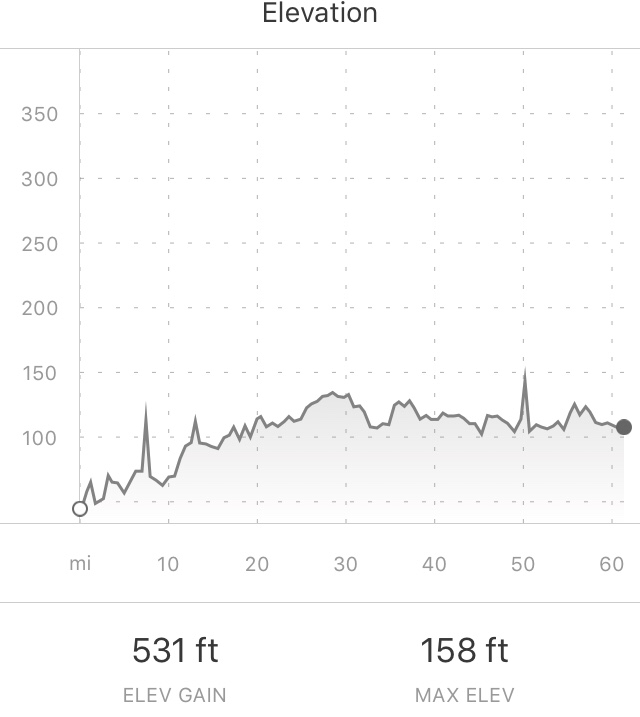