While we were eating breakfast, the sweetest white Labrador retriever joined us to ask for food. He was a healthy looking boy, and he had good manners.  He didn’t beg, he just sat and waited.  In about 35 minutes, he only scored 2 cookies from us before giving up and heading over to a donut shop.

I rode out last with Ken behind me, and was flying down the road when I realized that I had left my water bottles in the refrigerator of my room– a 2.5 mile mistake.  You know, I already did that once on this tour.  Duh.  But it was so cool outside with nice cloud cover, so a little more riding didn’t bother me.

About 7 miles into the ride, I saw a dog up ahead in the road. It was that white Lab from breakfast.  He ran alongside me for over 2 miles.  I seriously did not know how to get him to stop running with me.  I sped up, and he sped up. He was too smart to fall for the fake throw. Later, I learned that he ran 7 miles with Tom C and Erwin and 6 miles with Ken.  He also ran with Tom R and Joe, but we won’t know how far till we meet up with them tomorrow. We all felt bad when we realized how much we put him through.  I am not in the market for a dog, but if I lived here or nearby, I would take that big boy home.  I will not be able to forget him.


After over 2 hours of peddling, when I reached Mamou, I was ready for a break. A couple of bikes were parked outside of the Krazy Cajun Cafe, so I parked and settled in for an early lunch of a tasty Cajun burger.

Turns out that Mamou is a Cajun music town.  Too bad we didn’t we didn’t stay there, because it has a lot of fun looking eateries, and at night, there are at least 3 different places with live Cajun music on week nights and more in weekends.

I rode out of Mamou with Ken, and he stuck with me for the rest of the day. We passed rice and sugar beet fields, and more pine tree farms and cattle ranches as we made our way through Ville Platte on the way to Chicot State Park.

We also passed at least 5 cemeteries with raised vaults to keep the graves from floating away when it floods and/or to keep them from floating because the water table is so high.  They sure put a lot into their grave sites around here.  Makes me appreciate how clean and simple we keep them in Arizona. 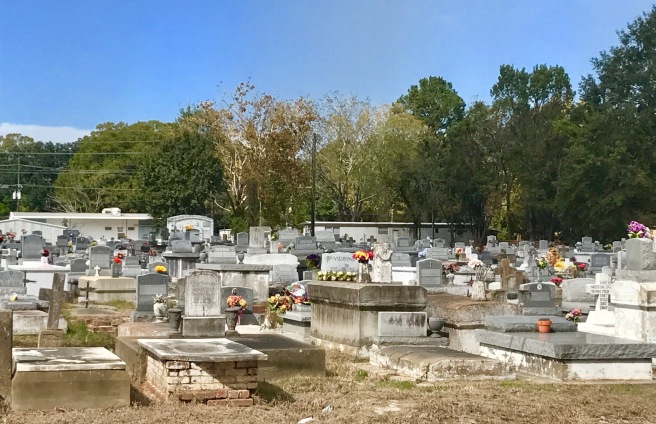 Chicot (pronounced chee-koh) State Park was really cool. It has a lake, swampy areas, tall trees everywhere and hilly roads winding through it. We stopped by the two campsites Ken could not get a refund on, and were glad we didn’t stay there.  The bathrooms were nice, but the campsites had so much slope it would have been very uncomfortable trying  to sleep there. Still, it was a beautiful spot. 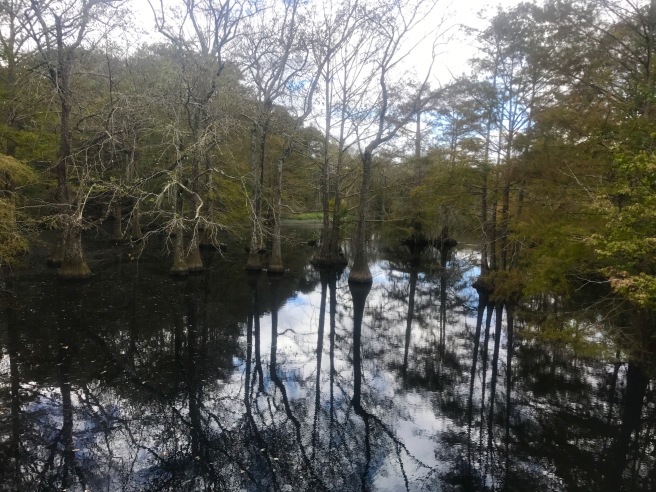 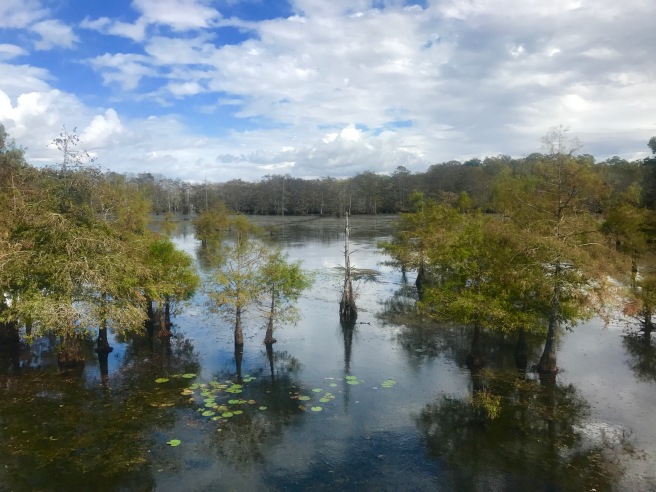 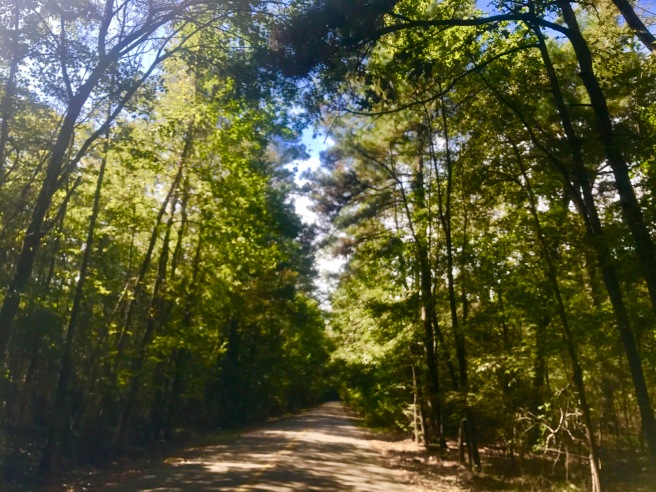 I haven’t mentioned rain yet, because so far, we hadn’t seen any. The road leading to the park was wet, because it had ben rained on before we  got there.  As we left the park, the skies looked pretty threatening.  Thabkfully our route changed directions 5 miles into our last 3 miles, and we picked up a nice tailwind that pushed us into Bunkie. 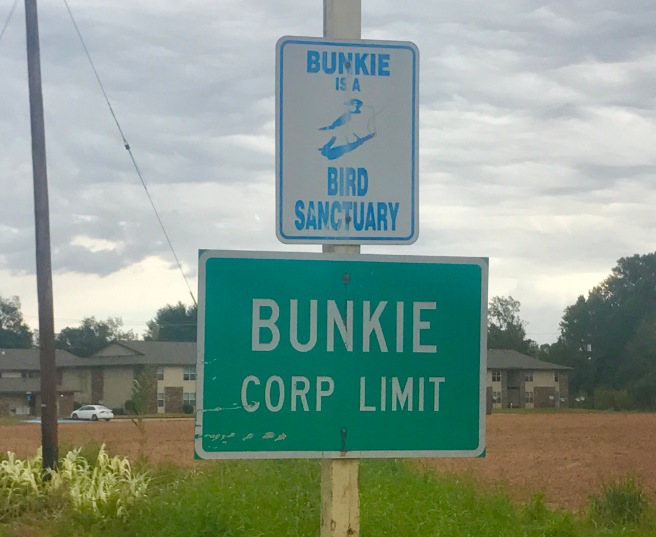 The rain held out until half hour after we checked into our rooms, then it let loose.

Neal and I had dinner/breakfast/lunch duty, so we donned rain Jackets, emptied my panniers, and walked a half mile to Piggly Wiggly for groceries.  We picked up salad fixings, fresh fruit and ice cream for our dinner and a bunch of other food for breakfast and lunch. After unloading all the food in my room, we made the salad, then Neal headed over to a Cajun Chicken place across the street to pick up fried chicken, dirty rice  and red beans with rice. The feast was a huge hit.

When the rain hit, Eric was looking around Chicot State Park, so he arrived the motel long after we had finished eating. While he ate dinner, we worked on a plan for a trip to New Orleans with Tom R and Erwin during our layover in St Franciscille, LA.