I’d like to write about today, but there was an incident in Ladybird Johnson Municipal Park, last night, that cannot be ignored.

There was a guy hanging around the restrooms drinking a large bottle of Vodka and talking on his cellphone, as we were setting up our tents.  Later, he moved his assortment of belongings to the campsite just past ours.  And I use the term “belongings” loosely, because his looked more like what a homeless person pushes around in a grocery cart than camping gear.  It almost seemed as if  someone had abandoned him in the campground, like an unwanted puppy.

When everyone in the campground went to sleep, the guy alternated between snoring loudly and ranting in a drunken stupor about his girlfriend and women in general–using colorful, hateful profanity.  Being in one of the next tents over, I couldn’t sleep.  I was afraid he was going to come over and take his anger out on me. So I had my pepper spray at the ready and was prepared to scream at the top of my lungs.

A couple of times, he called his girlfriend to cuss and rant on her, then at about 1 AM, his girlfriend drove up to his campsite in a large pickup truck, revved the engine and started yelling at him.  Both under the influence of something, they were now screaming at each other full on.  She started revving the engine and pushing his chair with her truck, and I’m in a nearby tent.  At this point I dialed 911.  As the situation escalated, I could hear Tom R on the phone, and assumed that he too was in the phone with 911, which he was. 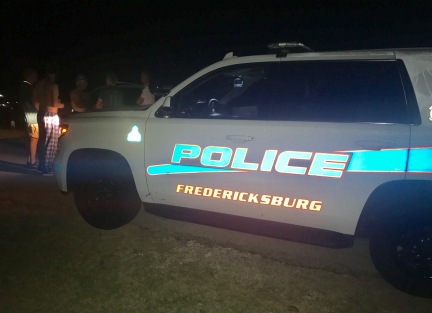 Before the police arrived, she had circled around and driven her truck between the closely spaced tents of members of our group and a group of college geology students who were camped beside us.  She could have run over any one of us.  With the arrival of 2 police units, she sped off, and the guy ran and hid somewhere, leaving his pile of belongings behind.  Tom R, Ed, Neal, Joe, 3 college students and I all talked to one of the cops about what happened and decompressed for a few minutes while the other cop chased down the girl.  It was a relief to know she wouldn’t be back, but the guy was still on the loose.  We all went back to bed, and I was finally able to sleep.  The next morning, the guy wandered back into his campsite, but we were so busy packing up to try to dodge impending rain, that beyond putting a call in to tell the police he was there, we ignored him.

Fredericksburg is a good sized town with an LDS chapel, so I planned to part with the group after breakfast and go to church.  On the way to breakfast, it did rain, but my rain gear kept me mostly dry.  When our breakfast at the downtown German Bakery was over, I had a few minutes to read the inscriptions on the monuments in the downtown area before riding up to the chapel.

I learned that Mormon settlers had been sent to that area back in the early days of the church, and they started a successful water mill.  But bad weather resulted in them moving away from the area.

I was a little embarrassed to show up to church in my cycling clothes, but that’s pretty much all I had to wear.  At least I was fully covered.  It was nice to be able to take the sacrament, but once that was over, there was nothing I could do to stay awake, due to sleep deprivation from the night before.  I did enjoy singing the hymns and hearing a couple of good stories that stuck with me, and I kept my head in that zone for the rest of the day.

Behind the curve on time to get to Johnson City, as I rode back to get on the bike route, I passed signs for the US Pacific War Museum that caught my attention, so I decided to check it out.  I  spent almost 2 hours looking at what one of the docents considered to be the most impactful sections of the museum, but it truly would have taken at least a day to thoughtfully see the entire museum. While I had heard of all the Pacific Rim countries involved in World War II, the role each played and impact the war had on them never really jelled in my mind until I wandered through that museum.  It was very moving and sad.  Sure we won the war, but the cost in lives and suffering was monumental–and this was only looking at the war’s impact on counties in the Pacific. 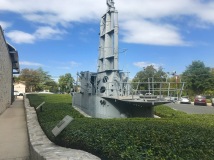 Fredericksburg had many other historical sites I just had to completely ignore, so I have added this town to a list of places I hope to return to someday when I have more time to take it all in.

To make up time, I decided to scrap the Adventure Cycling route that takes side roads, and ride US Highway 290 to Johnson City, because it would cut an hour off my ride time. That was a solid 3 hour white knuckle ride, with no bike lane, and with cars and Texas sized pickup trucks flying by me at 75+ miles per hour.  But I needed to get to Johnson City by dinner time.  The route reminded me of the chili farms around Hatch New Mexico, except, instead of growing chilis, the Texans were growing grapes.  I probably passed over 40 wineries with tasting rooms which, but being a non drinker, didn’t interest me.  (Sorry, wine drinking friends.  No photos.)

But as I closed in on Johnson City, things started to get interesting.  Dinner was seeming less important now, as I pulled up to the Johnson Settlement, which is part of the LBJ National Historic Park.  There was a cinder trail I could ride my bike on, instead of walking a mile, so I decided to tour the site and check out the home and buildings that LBJ’s grandparents built back in the frontier days when they drove cattle and faced Comanche Indians. 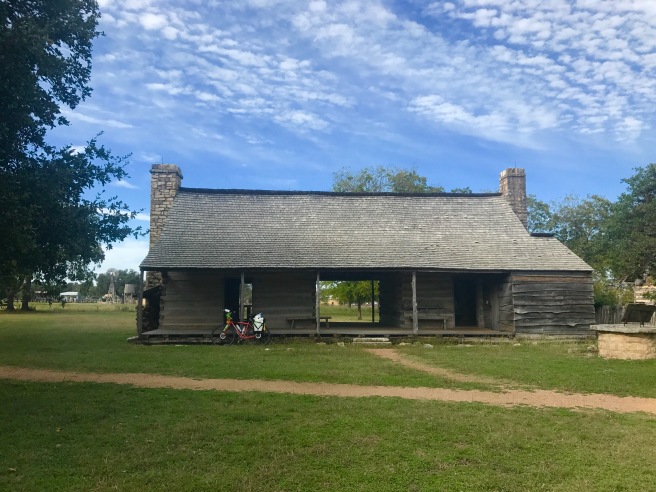 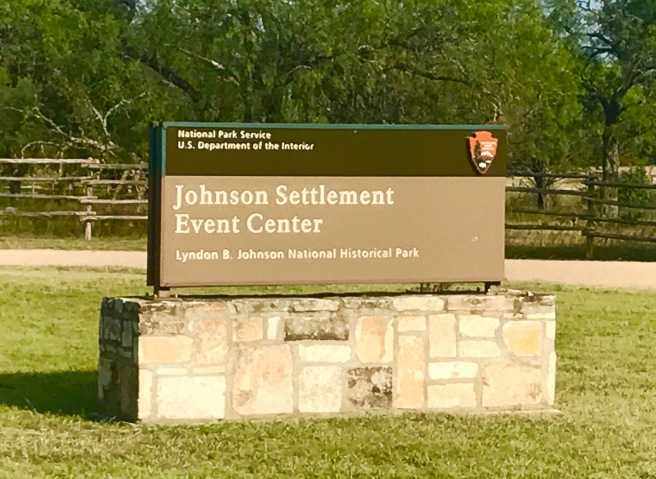 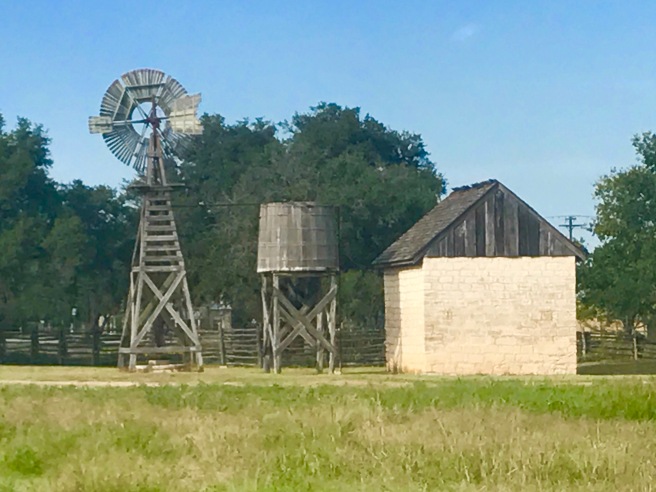 Miraculously, I made it to town and our campsite with just enough time to put up my tent, take a shower and be ready for our 5:30 ride downtown for dinner.  Once back at the campsite, we had our map meeting and an early birthday celebration for Tom R.  And there was only one other thing I had enough energy to do:  Sleep.