We got up early today so we would have time to say goodbye to Clare. She was so sweet! She hugged each one of us, told us she would miss us, and personally invited us to come back to visit her. Even offered to pick us up at the airport in Austin.  I doubt that any trail angel will be able to top her hospitality and kindness at this point.

Ed and I rode out together, this morning, with Neal and Ken just behind us. We were flying down the road beside the Guadalupe River, enjoying the scenery and the cool air, and effortlessly ticking off miles.

As we rode through Hunt, we started seeing groups of Ford Model Ts coming from the opposite direction–a lot of them.  When we stopped to talk to a few of the owners who were stopped for gas, they told us there were about 100 of them on the road today, all part of the Texas T Party Model T Club. You’d be proud of me. I didn’t even ask about their politics. 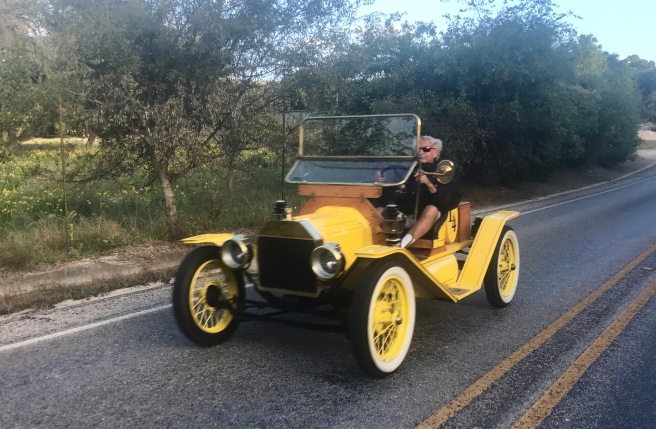 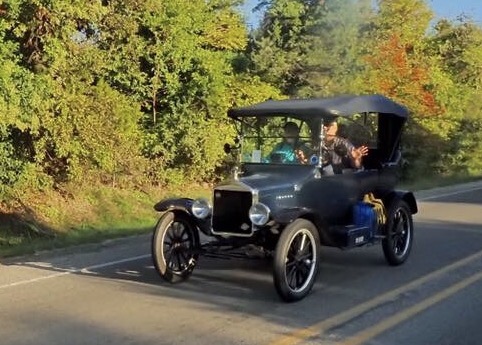 Later we were passed by dozens of Ford Mustangs and after that, dozens of BMWs. Do we have car clubs like these in Arizona? If we do, I must not get out much, because I have no awareness of them.

We stopped at the Arts Center in Ingram to enjoy the replicas of Stonehenge and a couple of the Maori statues on Easter Island–all built by a couple of local men.

I wondered if I would build something of that scale if I had a bunch of land and free time on my hands.  It would have to be a whole lot of both, let me tell you.

When we got to Kerrville, we were ready for a second breakfast.  When Ken, Neal, Ed, and I stopped at a corner to discuss where to eat, and a nice man pulled up to ask if we needed help.  He referred us to an award winning breakfast spot that was just a few blocks off the route, and its breakfast buffet was amazing.  Eric caught up to us, and the 5 of us knocked down an unbelievable amount of food.  We’re burning so many calories that we eat like a bunch of high school football players, except we hopefully have better manners.

Back on the bikes, the route took us away from the Guadalupe River and back into hill country and winding roads.  We passed miles and miles of ranches, grazing cattle and sheep, and a few farms and orchards. 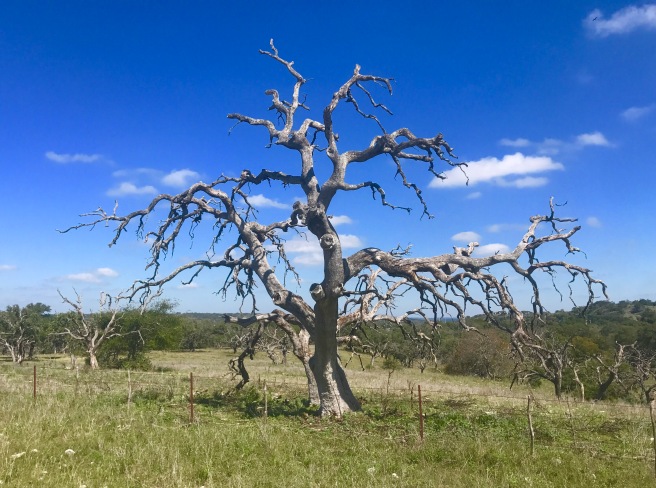 When we arrived at our campsite at Lady Bird Johnson Municipal Park, we had just 7 cyclists on board.  Rich and Chris had ridden ahead to Austin, Erwin was spending time with a female friend who flew out to see him, and Tom C was in town for Catholic Mass. 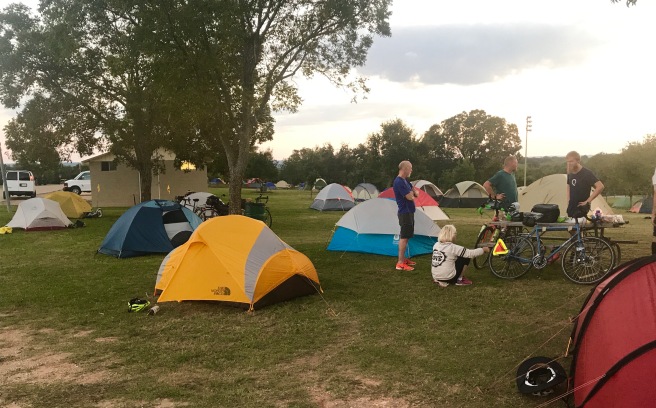 Being short of shared equipment that would have been required to cook dinner, and also being short of people, we decided to ride our bikes back up the road to a crowded pizza place we had passed on the route.

And that is where a few of us had a lifetime first–our second restaurant buffet in one day. Once again, we ate way too much.

We are expecting rain in the morning.  Hopefully it goes easy on us. 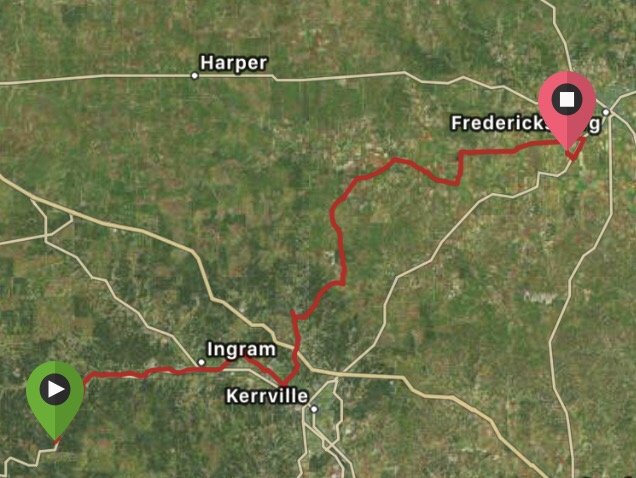