Last night was crazy.  When we went to go to bed, elk started bugling up the road from the RV park where we were staying.  The bugling got closer and closer and louder and louder, till we thought we were going to be overrun by them, but it didn’t happen.

Around 2 AM, the rain we have been expecting for days finally hit–a torrential downpour, with steady thunder and lightning, that lasted over 2 hours.  It was so loud that none of us could sleep through it, but there was no getting out of your tent without getting completely soaked.  ​

I received a text message from Ed at around 3:20 AM.  His tent had failed, and he had escaped to the women’s bathroom, because it was more accessible than the men’s room.  A few minutes later, Eric joined him, also due to a failed tent.  Ed tried to sleep sitting on the toilet seat, using the towel I had dried off with earlier as a pillow.  Eric tried to make a bed out of the benches and chairs gathered from both the women’s and men’s rooms.  I never heard how that worked.  When I went to use the restroom in the morning, it was completely occupied with all their soaked gear.

Later, during breakfast, the locals told us that the storm had dropped 3 inches of rainfall–the worse they had seen in over 4 years.  Can’t believe our timing.

Wet everything slowed us down in getting on the road, and the last group leaving–the one I was in–didn’t leave until 10:20.  Just a mile or so into our ride, we had to turn around and find another route, as the road was covered with over 2 feet of water and mud. Once we got on the alternate route, there were piles of hail on the sides of the road and throughout the day, we came across places where large rocks, dirt and other debris covered the road.

The ride started in flat prairie type land, then took us back into the Gila National Forest, continuing to follow the Mountain Spirit Scenic Byway for most of the day. 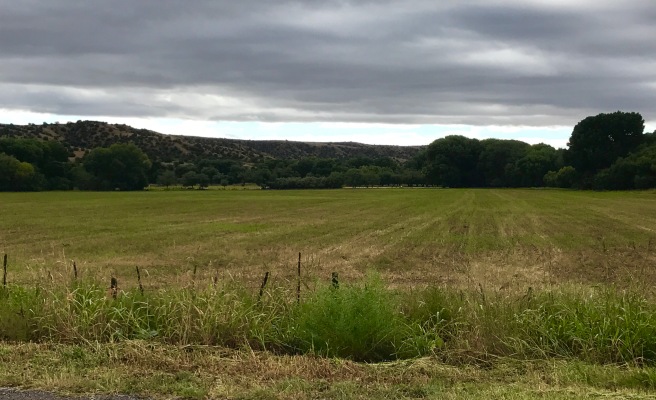 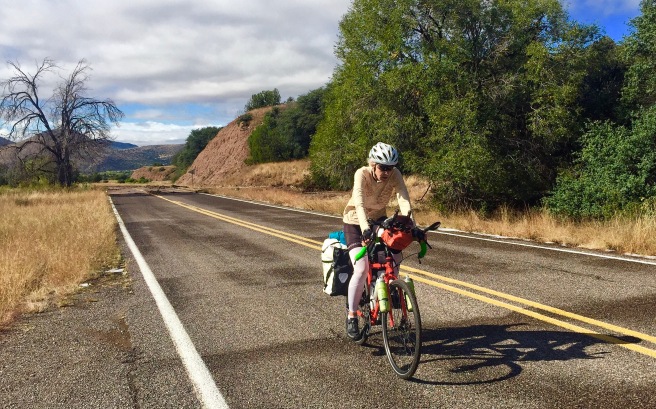 On the way up to Emory Pass, the highest peak on our transcontinental route, we passed some spectacular scenery, including an amazing rock canyon and areas burned during the 2015 forest fire.

When we finaly arrived at the top of the the 8228 foot pass, there was a scenic outlook that required additional climbing.  And that is where we found out how worth it all that climbing was.

The views were magnificent that Tom C commented he may as well go home after seeing them.  His thinking was that there is no way anything else on the tour could top that scene.  And I agree, it was definitely the most beautiful thing we have seeen yet.  I’ll let you know later if we see something that beats it.

The downhill that followed our climb was another great reward for all that climbing.  As we descended, we saw the terrain gradually transition from tall pines back to plains and desert as we passed through Kingston and Hillsboro on our way to Caballo, where we camped near a huge reservoir. 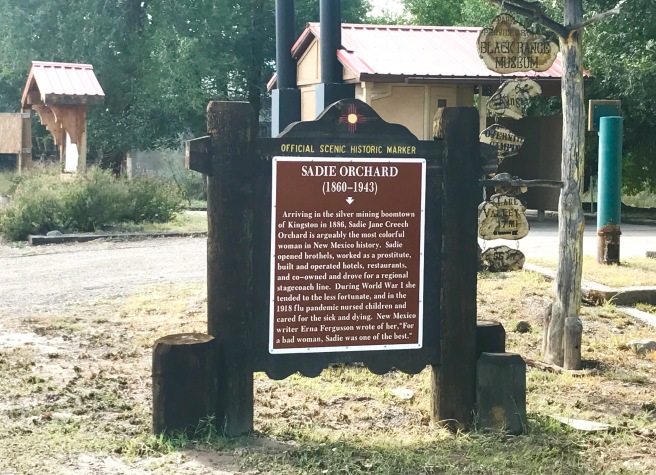 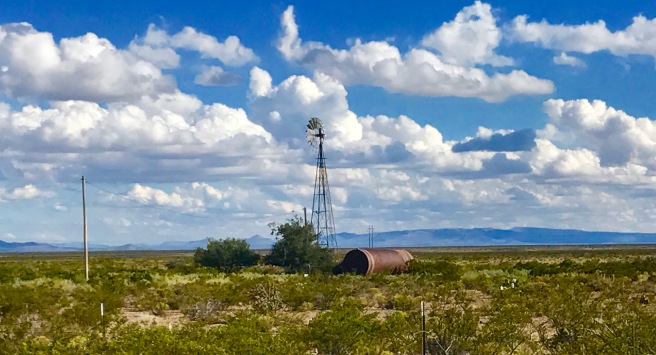 Tomorrow, we head out to Las Cruces by way of Hatch, where we hope to sample the famous Hatch Chilis.