Didn’t get the best sleep, last night. The park ranger, where I stayed, warned of a raccoon’s nest in the huge tree next to where I set up my tent, and told us to lock everything up. As soon as all eight of us in the biker/hiker campsite turned the lights out, those raccoons were up and at it. They sounded like gremlins, making funny little alien critter sounds. I was concerned that they would try to chew their way into my tent, because there are cookie crumbs and trail mix morsels scattered throughout my gear, but they miraculously passed my by. This morning, I overheard one of the guys in the next campsite talking about how the raccoons chewed on his tent. Guess I’ve been living right.

Then just a little further down the road, I arrived in Santa Cruz, which is on the north end of Monterey Bay. 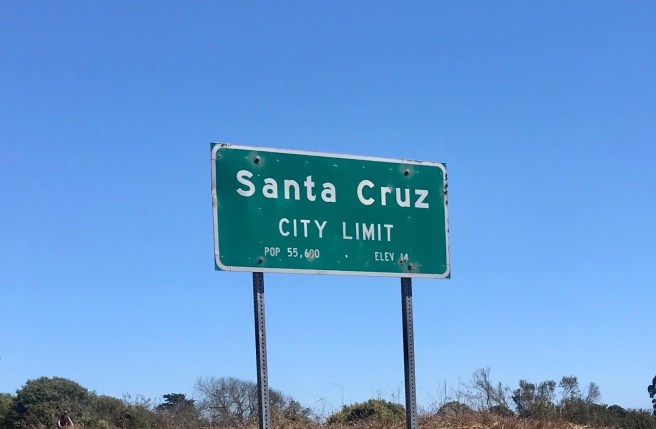 This mural welcomed me to town, and within seconds, I was inside ordering a piece of super delicious pizza. 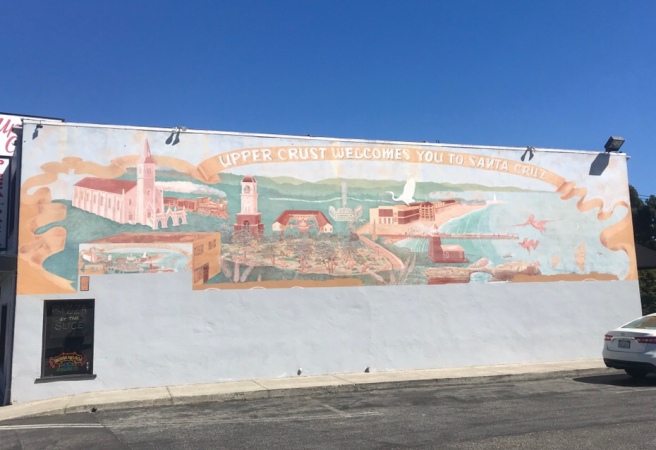 My camping spot for the night was actually in a little town named Capitol–on Monterey Bay, a little south of Santa Cruz.

Here’s my tent. You can’t see it, very well, but that is Monterey Bay behind the trees in the background. 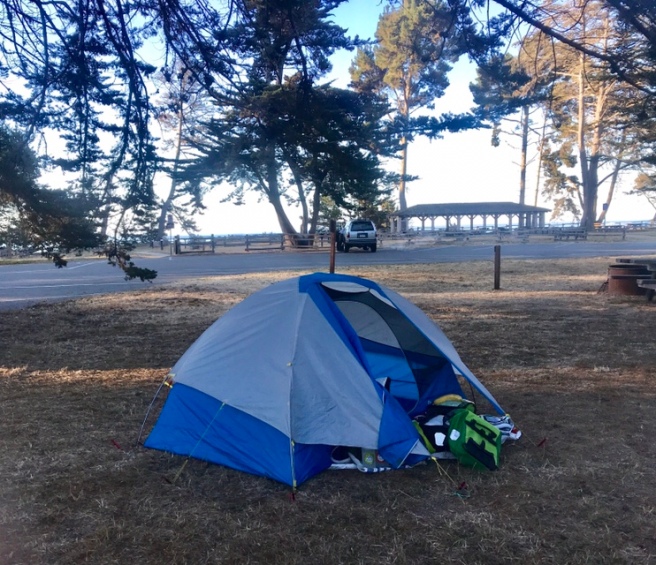 And this is my tent, in the bigger scheme of things, among the 12 cyclist tents in the campsite, last night. And there was no snoring problem. 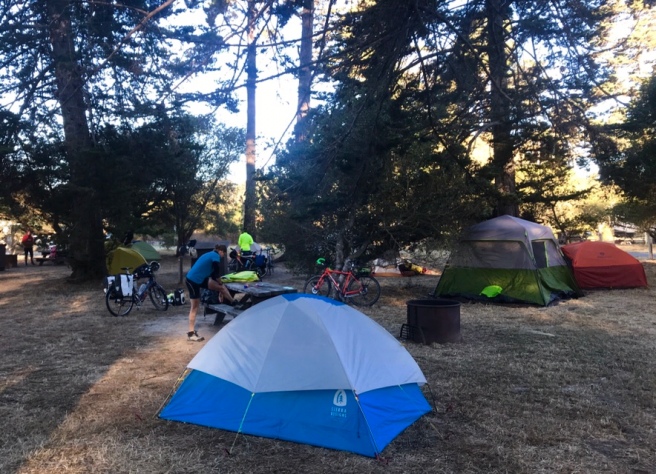 Just wanted to throw up a couple of other photos. I have passed several of these signs that display your speed below the speed limit. Usually, they are somewhere on a hill, where I am struggling to keep my bike upright, going 4.6 MPH, with the speed limit above the sign saying 40 MPH. This is the first time I have been able to take a hand off the handlebar to take a photo of my speed. And isn’t it impressive? There was a tailwind.

And how about this for my next personalized license plate? What do you think?