Sunday started out with big plans for going to church. I had laid out my dress, shoes and cycling kit the night before, so I could make the wardrobe changes easily. It was just going to be a two mile ride in the wrong direction, but that would be no problem. Unfortunately, I awoke to a very cold morning, and my tent and tent fly were wet from dew. So I hung them on a fence to dry. But the wind kept blowing them off the fence, and things were flying everywhere, and a few other things went wrong. In the end, I missed church. My next shot at church is in Long Beach, which is 3 weeks down the road. How frustrating!

Lincoln City was a much bigger town than I expected, but once outside of town, the scenery kicked in. 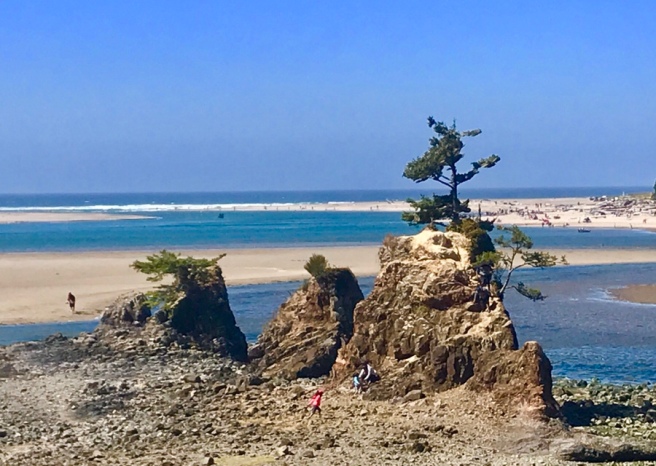 Passing through Fogarty Creek State Park, it looked like this.

Depoe Bay was a fetching little town. That “World’s Smallest Harbor” is something to behold. The twisty, rock lined entrance to the harbor is just 30 feet wide at high tide. I watched two boats full of tourists blast through the harbor entrance like rockets, because that’s what it takes to keep the ocean from smashing them like an ant. The town is also has a whale watching center, but this isn’t whale watching season, so no need to stop there. 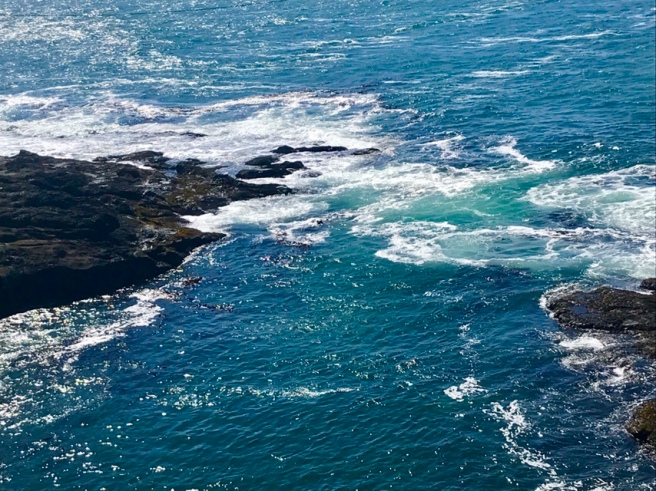 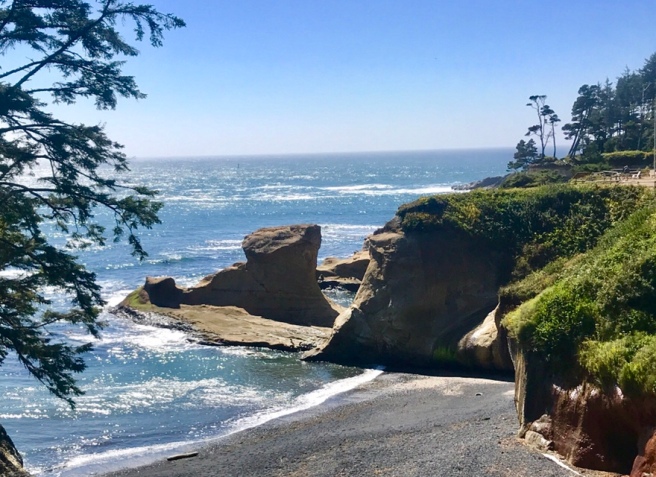 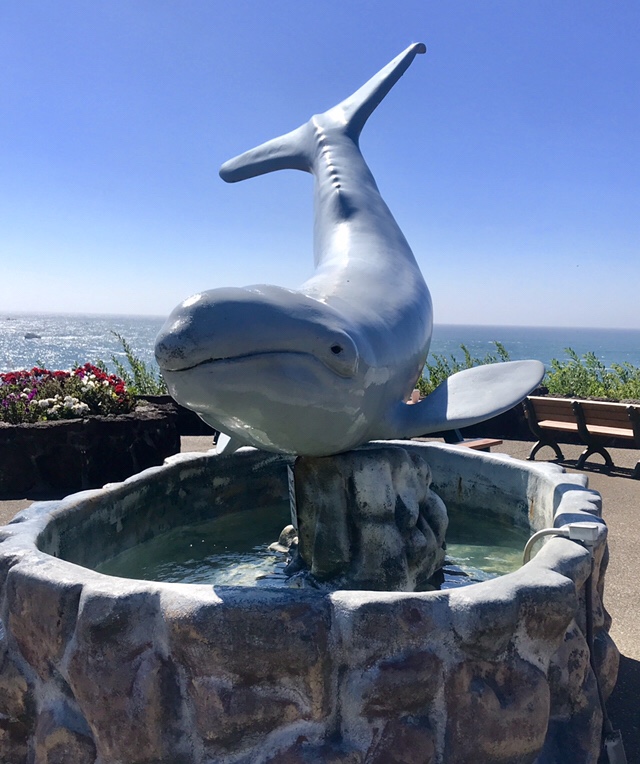 Heading down the road, as I approached Otter Rock, more spectacular scenery unfolded. 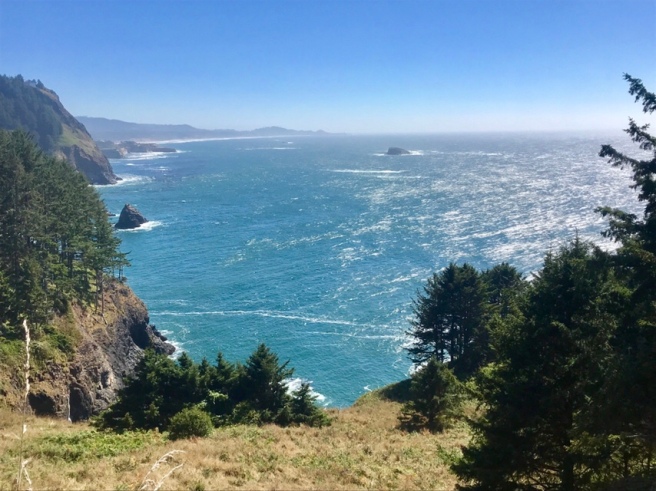 Next up was Yaquina Bay State Park, home of the Yaquina Head Lighthouse, which was commissioned in 1874. I never had a chance to ask what the purpose of the tower to the right of is. In Arizona, we would call it a fire tower. Do they have fires in wet places like this?

It was later in the day when I hit Seal Rock. There are steps to climb down to get to the bottom where you can get a better view or possibly commune with the seals, and the rules to follow were duly noted.

Needless to say, I didn’t have time for either of those activities, but I did have time to talk with two couples who had also stopped there.

The first was a couple of gals from Canada who have scrimped and saved for five years to have enough money and time off to take a six month vacation. They drove from Montreal westward across Canada, then south down the coast of Canada and the US. From Southern California, they are heading to Arizona and the Southern Utah National Parks, then Colorado, with sketchy plans from there on out. They are having quite an adventure.

The other couple, Monica and Christian, are from Poland, but they currently live in Atlanta where Christian is a CPA extraordinaire with an international CPA firm. Monica is a cyclist who is involved in a Swiss non profit called BikeWithMe (bikewm.com). Its charter is to bring people from around the world together to cycle and discover new places. Sounds like great fun! Let’s go! I really enjoyed talking to them, and hope too see them again some day. Perhaps when their US travels take them to Arizona? (You’re reading this, aren’t you, Monica?)

After passing yet another historic bridge, I stopped at Cape Perpetua, which has more amazing views.

And alas, I arrived at my campground in time to find a cushy spot to set up camp. Once again, I bedded down amongst other hikers and bikers. A couple of guys at the site are hiking the Oregon Coastal Trail, which goes north to south and has quite a bit of walking on the beach. Today was so windy, they had to get off the beach and walk on Highway 101, because the wind was picking up sand like it would dust. Now that would be a bummer, wouldn’t it?

Who knows how many years of pine needles were piled up under me. All I know is that it made a super comfy mattress for the night. 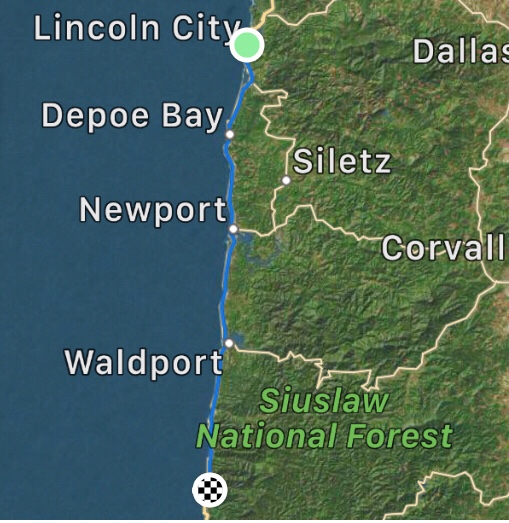