I made the right decision when I slept in the wrap around porch, last night. It rained during the night, so the guys in tents had to tear down and put away wet tents, this morning. After enjoying a delicious breakfast mini feast, again prepared from scratch and served up by Mary and Tom, Ed, Tom R, Ken and I finished loading our bikes and were escorted out of the woods by Tom. He and Mary have built their own scenic trail that cuts through neighboring property and shortcuts the longer, sandier route we took to their house.

Our first stop for the day was Payne’s Prairie Preserve–just a mile or so from where we emerged from the Trail. What is normally a Prairie, is now a large lake, due to all the recent rainfall. The 1/2 mile long Alachua Sink, which is in the center of the Prairie and feeds the Floridian Acquifer, is overflowing, right now. 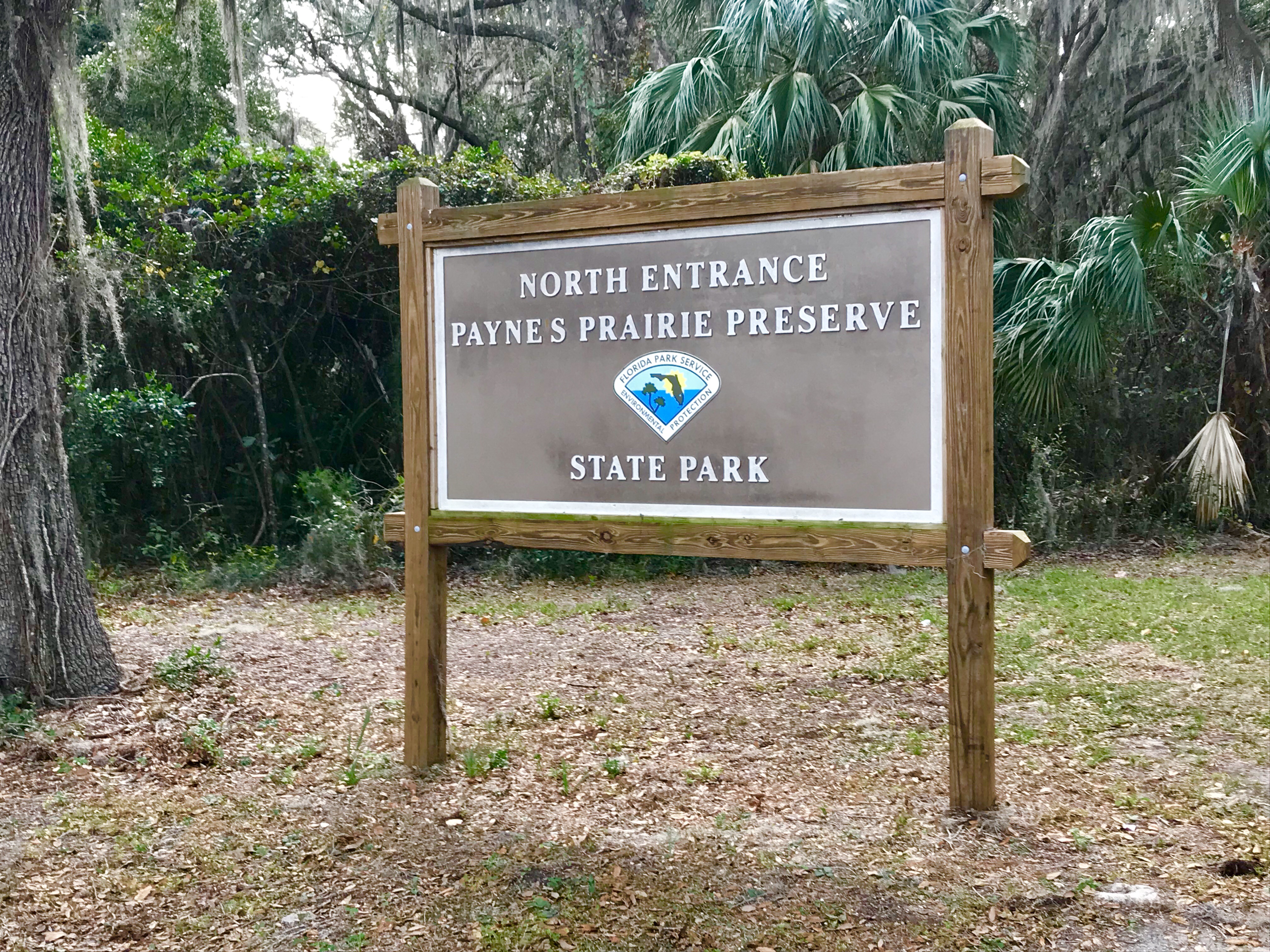 We passed through a historic railroad trestle and barn to a boardwalk that ended where the temporary lake covered the trail, looking for alligators and enjoying the serene, wilderness preserve.

It was perfect quiet, with the only sounds being birds and the rustling of animals in the grass and bush.

We spotted a well camouflaged alligator and water turtle and many varieties of birds.

And sorry, folks, but a WordPress software update has taken my ability to add a caption from my phone away. Grrrr. Those “Where’s Waldo” photos above were an alligator and a turtle. Could you see them? And the graphic telling how gender is determined in alligators grabbed my attention. Eggs laid in sunny open places produce males, and eggs laid in shaded cool places produce females.

Back to our peddling, we followed Gainesville-Hawthorne State Trail Rails to Trails path through 10 miles of forest preserve and rural land, before being dropped out into real cycling civilization again. At Hawthorne, the first town we came to, we were on the hunt for lunch. 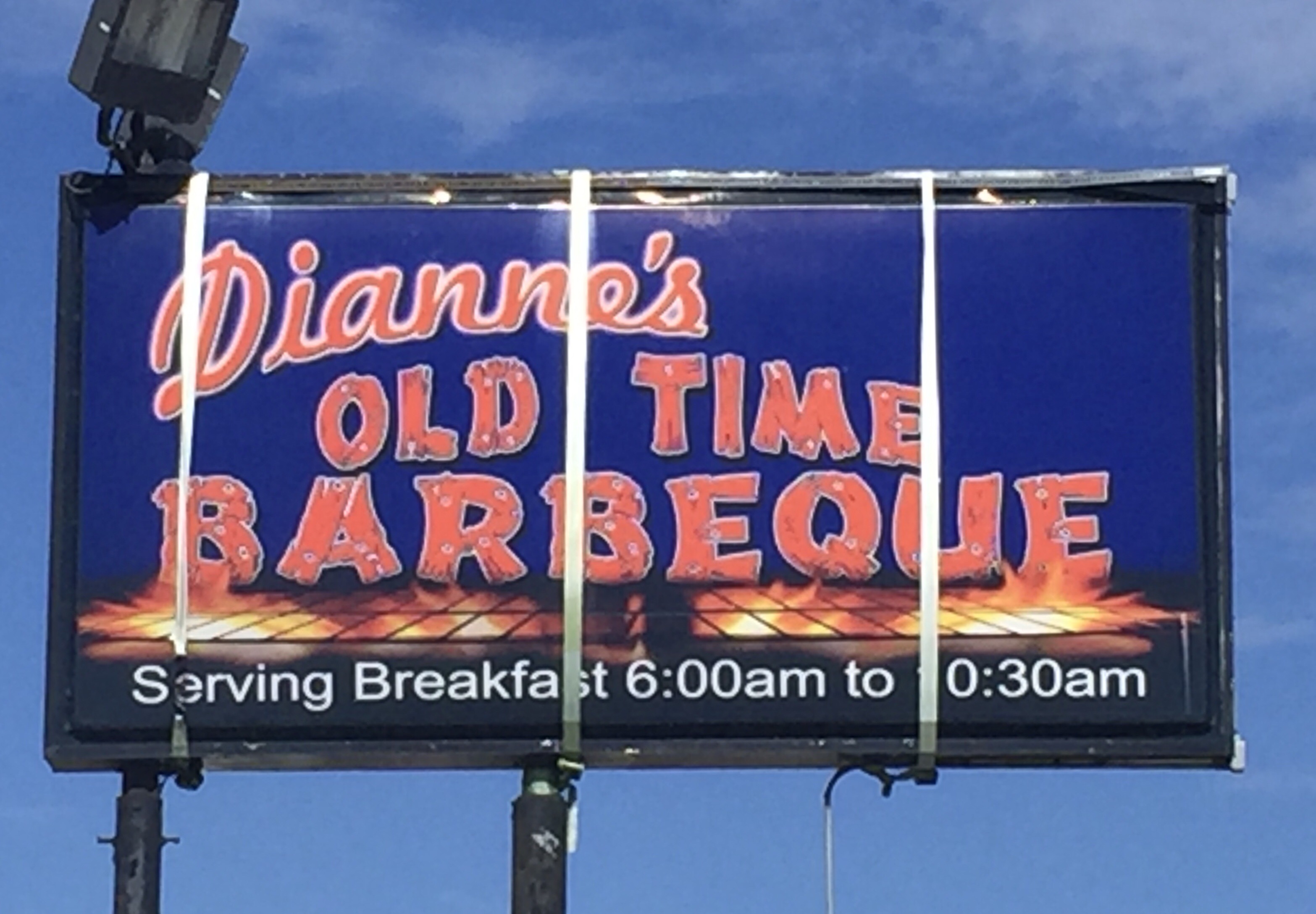 A little diner, named for Ed’s wife, jumped out at us, and they served up one of the best little barbecue pork lunch specials I’ve ever had.

From there, we hightailed it to Palatka, with only one stop along the way. As we were riding along, I noticed a couple of people standing up ahead with signs, and mentioned to Ed that it seemed like a funny place For high school kids to be holding a car wash. And that’s because it wasn’t a car wash. A couple of Tom R’s relatives were holding the signs and cheering us on. He was completely surprised. He rides with a GPS tracking device, so his family and friends can follow his location, and these family members, who live nearby, figured out where we were and were waiting for us. Tom was in another world for the rest of the day. 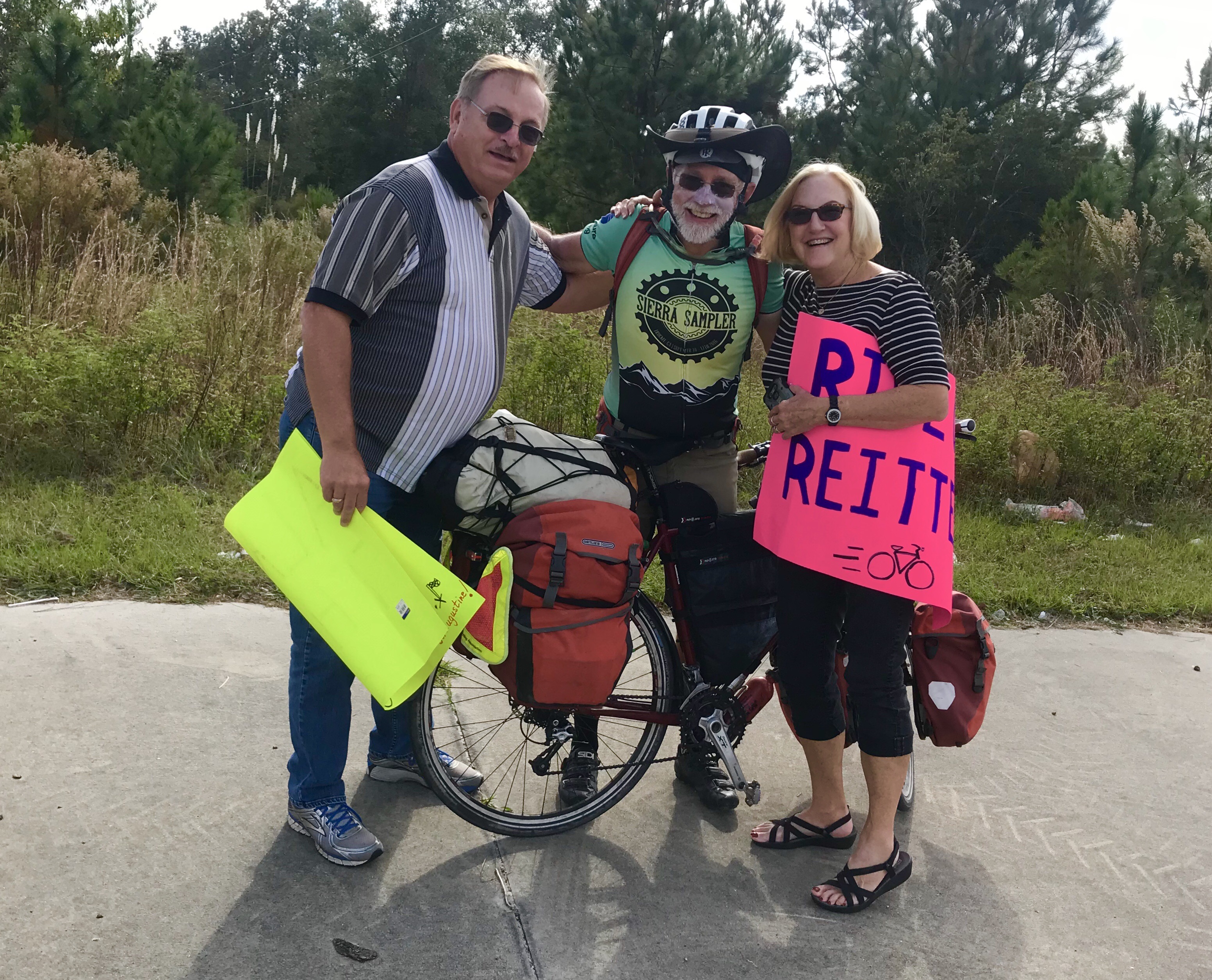 Arriving early in Palatka, I finally had time to find a place to get a mani-pedi for my neglected nails, but I have priorities. I first had to try one of the famous milkshakes at Angels Diner. Eric and Erwin were already in the diner eating when we arrived. It a good to see them, after a couple of days of them being off the route. And let me just say that my Strawberry and Blueberry milkshake was delish! 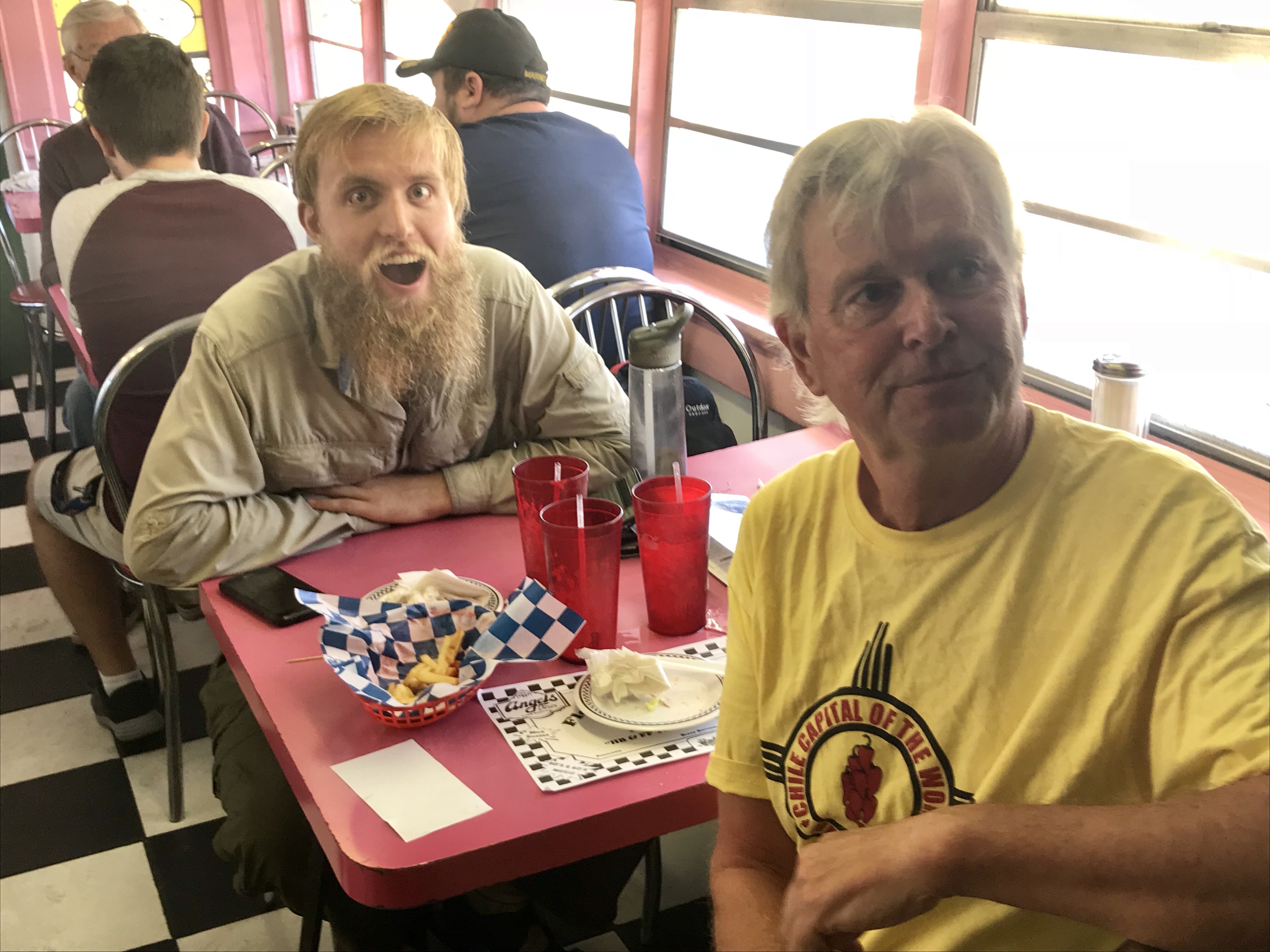 On my way to the nail salon, I passed a historic train station that still operates as an Amtrak passenger depot. 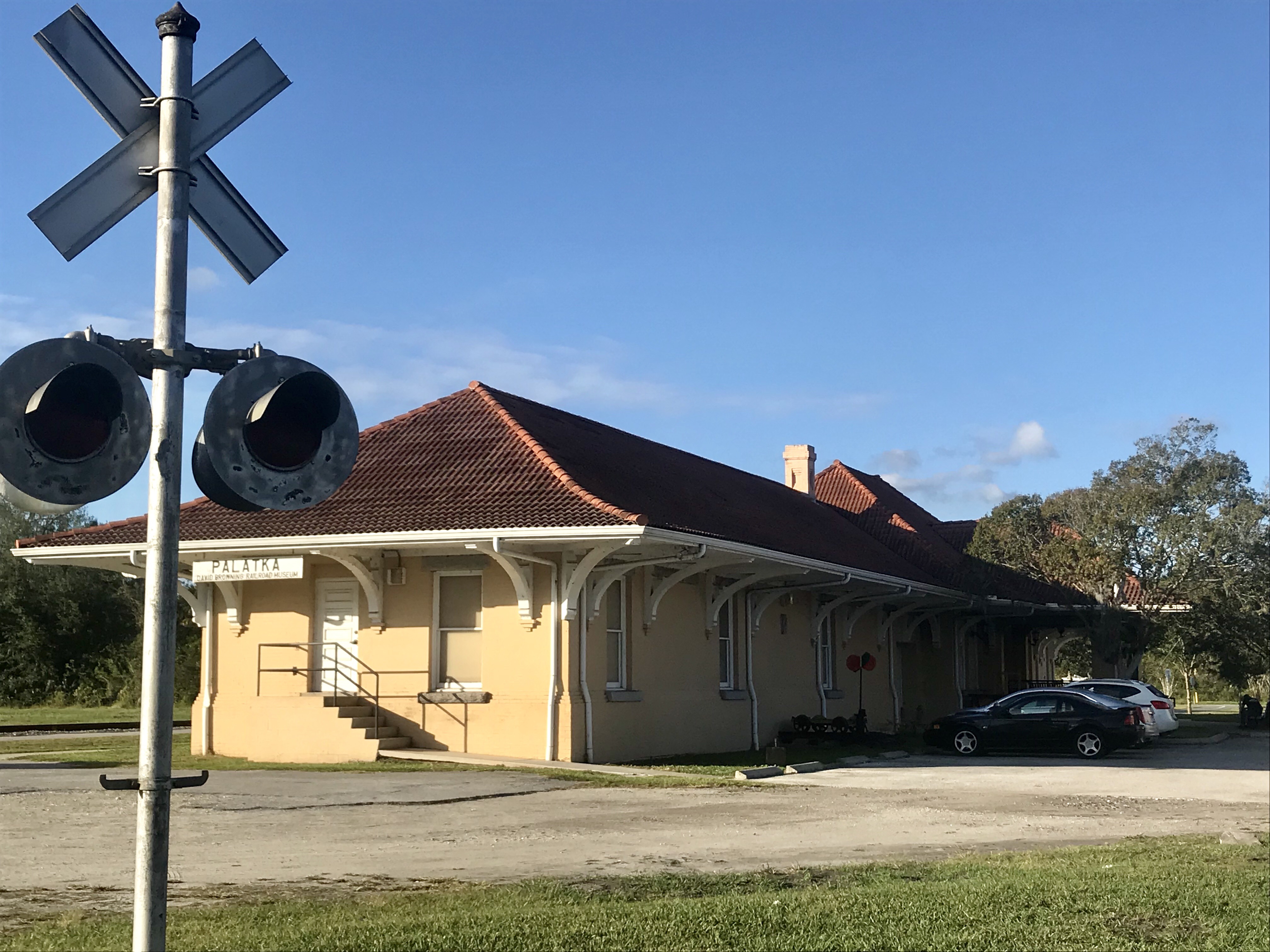 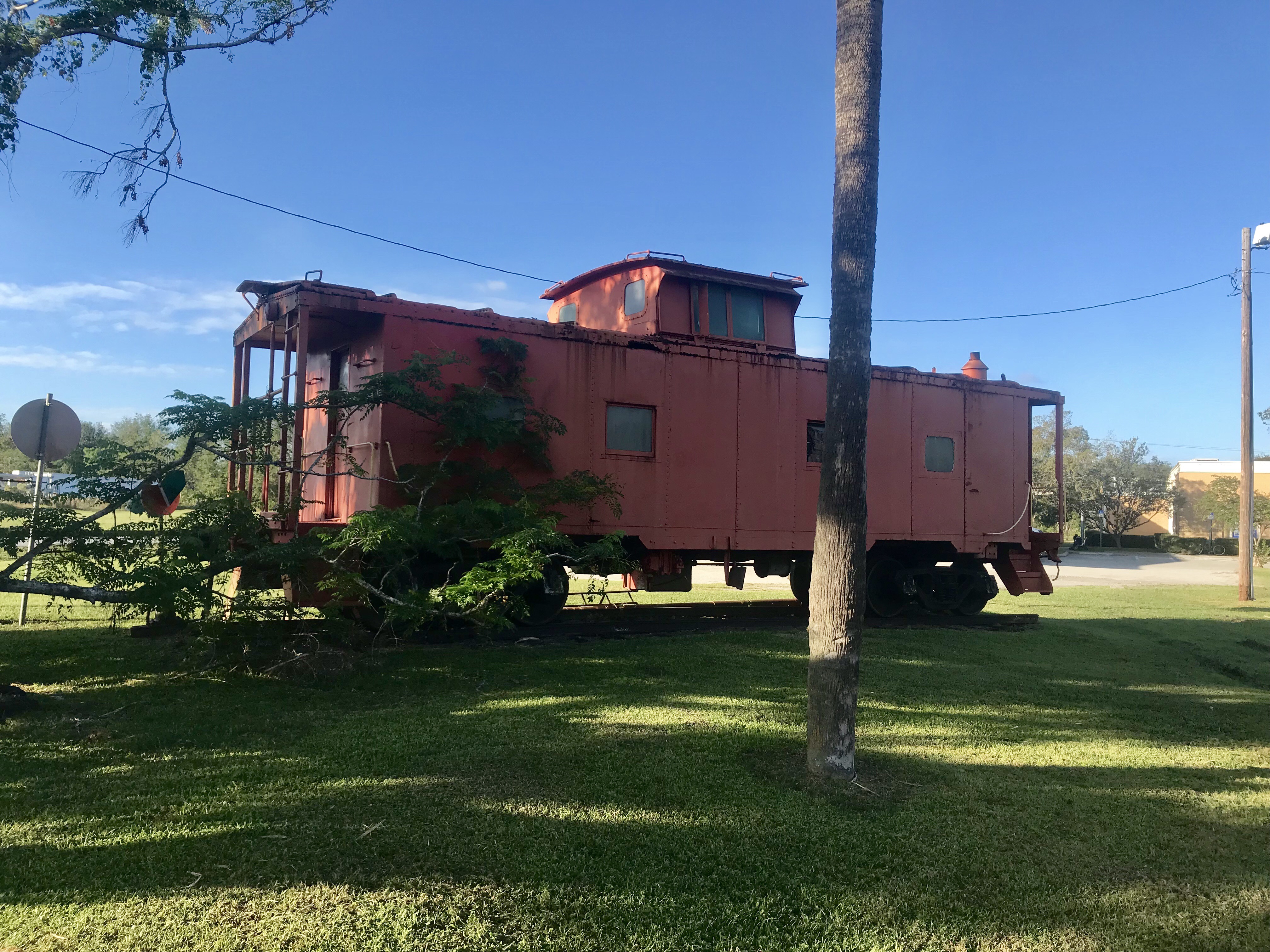 Then it was back to the hotel for another uninspiring dinner at a motel restaurant. What was inspiring was the breathtaking view from my room of the St. Johns River and Memorial Bridge. The bridge has statues at its 4 corners that I will include in my post tomorrow, when I get to the other side and photograph the statues there.

Tomorrow, we finish the ride. Dinner conversation tonight was all about our memories of the places we’ve been and the people we’ve encountered along the way. 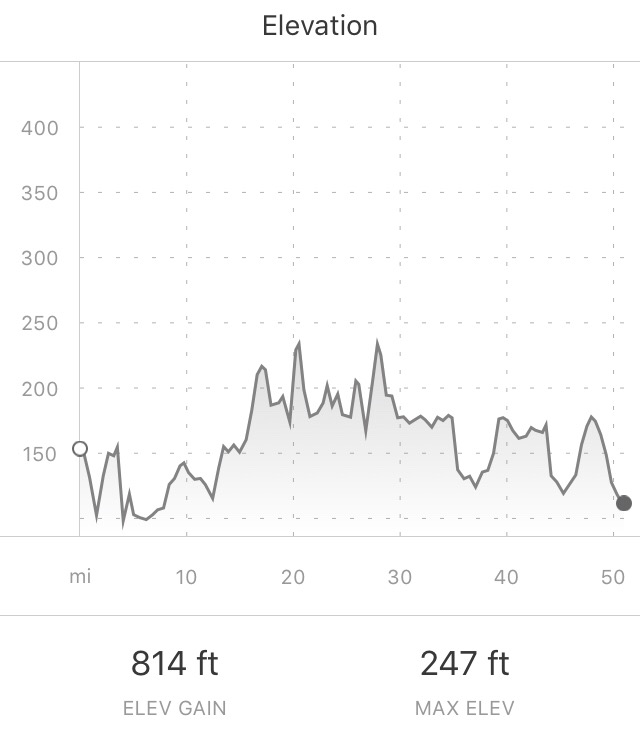