The day got off to an early start, with me and Patrick putting breakfast out by 6 AM, then clearing out of the church by 7 AM to head toward Brawley on our way to Palo Verde.  It was only 66 degrees out when we started riding, but we were primed to expect hot weather in the desert, so all of us were loaded up with at least 5 liters of water to get us to Glamis, which was 30 miles away.

Heading out of town, the farm land of the Imperial Valley was replaced by sand dunes, and temperatures started rising from the 66 degree temps at our starting point, to an eventual high of 100 degrees.

Sand dunes are sandy, and as truckers sped by us on the highway, we were blasted over and over again by the sand blown onto our sweaty skin by the truck draft.  I am the only rider who travels with a bandana, and i can tell you that some of the others wished they had had a way to keep the sand from getting on the faces. 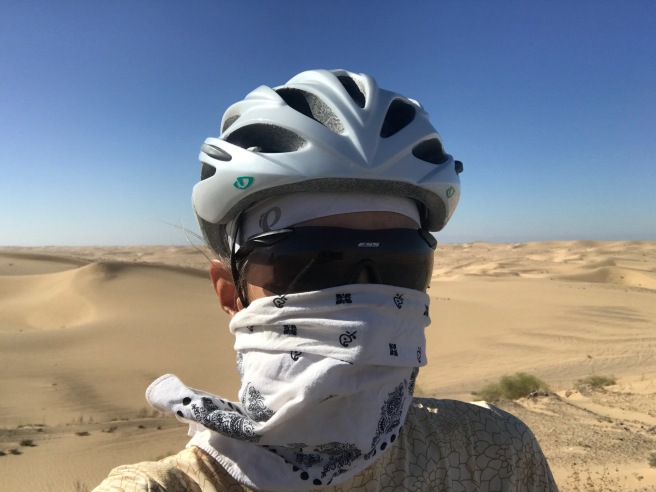 The last available water of this 69 mile day was at the Glamis Beach Store.  The store refused to let us use their restrooms, so I refused to buy water from them.  Instead, I sat out front and refilled my water bottles with water from a Platypus bladder and Gatorade powder I have been carrying since day one. 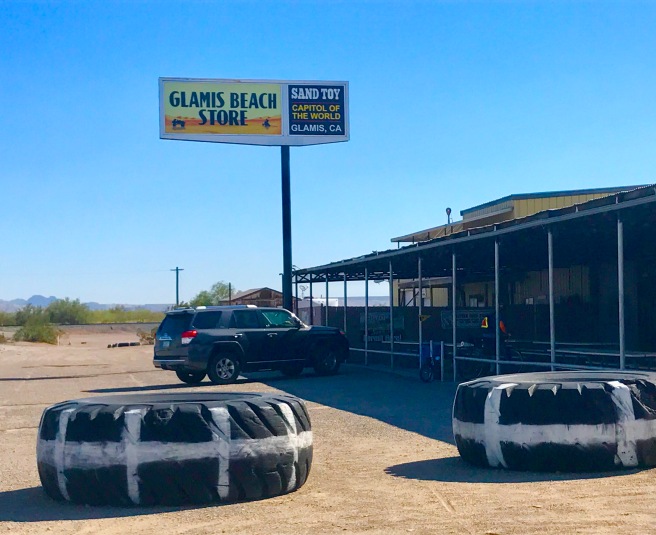 As we headed out of Glamis, the terrain changed from dunes to Sonoran Desert–much like the desert behind my house in Phoenix, just not as lush and beautiful. And with that transition, the road went from being mostly flat to steep climbs interspersed with “rollers,” which, to you non cyclists, are rolling hills.

After passing through the Chocolate Mountains, the rollers continued while the landscape transitioned to moonscape that reminded me of some of the terrain I came across hashing around Riyadh, Saudi Arabia in 2010 and 2011.

About 9 miles from Tamarisk Mobile Home Park, our digs for the night, we crossed back into fertile farm land and irrigation canals.

The mobile home park provided a nice large campsite with a large gazebo, a couple of showers (filthy and disgusting, but when you are a sweaty mess and have shower shoes, you can tough out just about anything for a warm shower) and an air conditioned community room (also disgusting, but when you’ve been cycling in 100 degree heat you’ll settle for some pretty crappy digs to enjoy air conditioning).

The park host had the local “chef” prepare a pasta dinner for us, for a price.  It was not the best cooking, but at least we didn’t have to come up with food, prepare it, clean up the mess, etc.

What do you think?  Are we starting to settle too much? 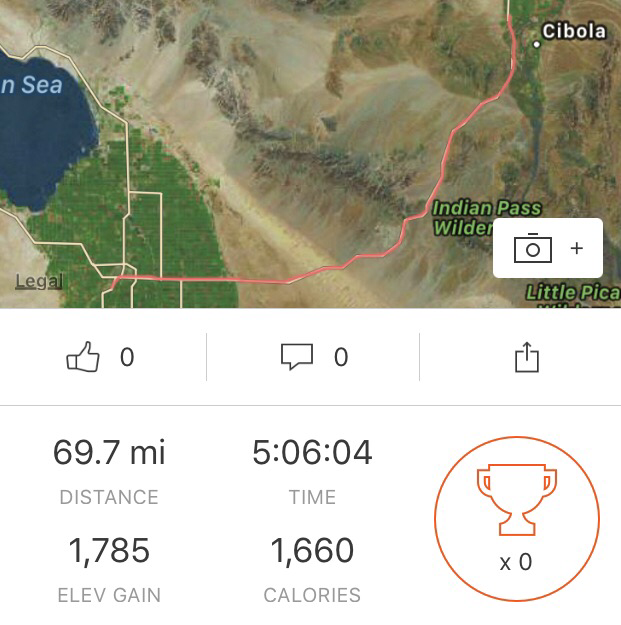 (P.S., forgive the highlighting that began partway through this post.  I don’t know what started it, and couldn’t figure out how to undo it.  If you know how to correct it from a mobile device, send me a message, and I’ll be forever grateful.  Thanks!